The company did not showcase the product, but is awaiting ARAI clearance and looking at a commercial launch in about two months. 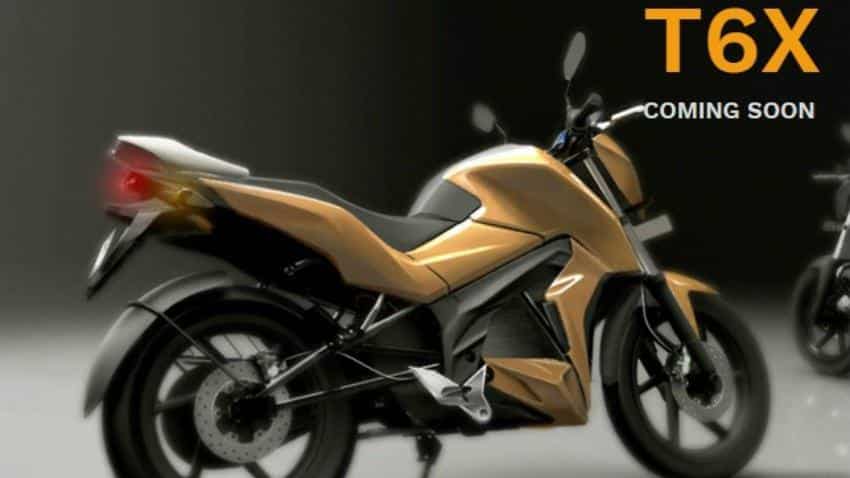 The Pune-based family enterprise Tork Motorcycles is gearing up to launch the country's first electric motorcycle under brand T6X with a claim to offer 100 km travel on a single charge that can vroom at 85 kmph.

The Pune-based company, partly owned by entrepreneur Kapil Shelke and his father, and funded by two angel investors -- Ankit Bhati and Bhavesh Agrawal of Ola Cabs in their personal capacities -- has so far developed five prototypes of electric bike and the one it plans to commercialise is the fifth model called T6X.

Shelke is a mechanical engineer from the Pune University and started the firm in 2009.

He, however, did not offer any financial details about his family's investments or those by the angel investors. The company did not showcase the product, but is awaiting ARAI clearance and looking at a commercial launch in about two months.

Asked if it needs more cash to begin production, Shelke said the company is adequately funded.

On cost of product development and foreign technology partner, Shelke answered in the negative.

"Barring the lithium batteries, we have no imported spare parts nor any technology tie-ups," he told PTI here over the weekend.

He also claimed that the company has almost readied a manufacturing plant at Chakan near Pune, with an installed capacity of 50,000 units a year.

He parried a question about how many units he plans to manufacture, only saying he hopes to sell 10,000 units in the first year of operations.

On facility for public charging of the vehicle, Shelke said the company has already set up two charging stations in Pune and one at Lonavala.

Initially, there are plans to launch at least 100 charging stations per city prior to or along with the commercial launch in Pune, Bengaluru and Delhi in the first phase and Mumbai and Hyderabad in the second phase.

Shelke said his prototype has already cleared electric motorcycle racings like Isle of Man TTX-GP or the TTX-GP Championship over the past six years.

Some of its other feats include the podium finishes at the 2009 Isle of Man TTX-GP and 2010 TTX-GP Championship. In 2012, it entered the 400-metre drag race-demo run at the Valley Run, where their first small capacity electric bike built on the Yamaha FZ recorded 0-100 kmph sprint in 8.7 seconds.

Gold selling alert! Want to get cash from your yellow metal? Must know this important fact to avoid losses