Tesla unveils Model 3 sedan for $35K to sell online only

Tesla also said it is shifting sales worldwide to online only. 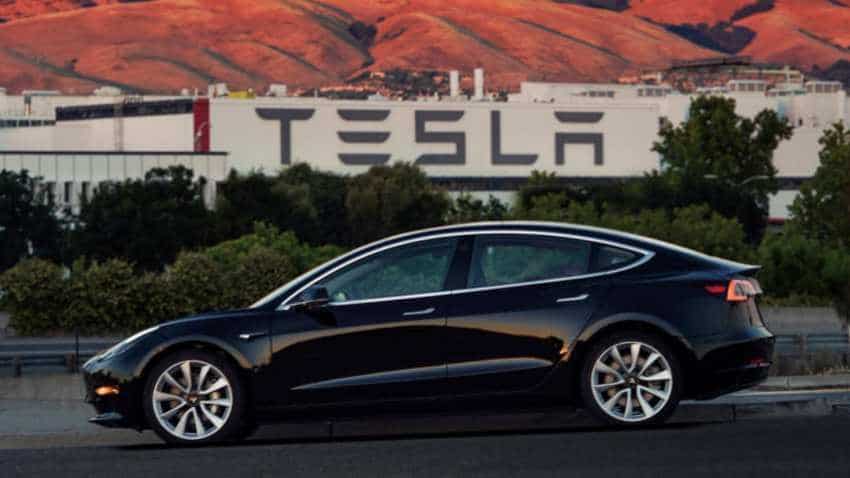 The Model 3 Standard Range Plus, which offers 240 miles of range, a top speed of 140 mph, 0-60 mph acceleration of just 5.3 seconds and most premium interior features. Photo: Reuters
Written By: IANS
RELATED NEWS

Elon Musk-founded electric car maker Tesla has announced an entry-level Model 3 sedan for $35,000 that will have a top speed of 130 miles per hour with 220 miles of range.

The announcement came a day after Elon Musk changed his Twitter handle to Elon Tusk to the surprise of his 24 million followers on the platform.

The standard Model 3 with 0-60 mph acceleration of 5.6 seconds "is built to achieve the same perfect 5-star safety rating as the longer-ranged version, which has the lowest probability of injury of any car ever tested by the US government", Tesla said in a statement late Thursday.

"In addition, we are introducing the Model 3 Standard Range Plus, which offers 240 miles of range, a top speed of 140 mph, 0-60 mph acceleration of just 5.3 seconds and most premium interior features at $37,000 before incentives," the company added.

The Model 3 is "excruciatingly difficult" to make at the reduced price, Musk later told reporters on a conference call.

Tesla also said it is shifting sales worldwide to online only.

"Shifting all sales online, combined with other ongoing cost efficiencies, will enable us to lower all vehicle prices by about 6 per cent on average, allowing us to achieve the $35,000 Model 3 price point earlier than we expected," the company announced.

Over the next few months, Tesla would be winding down many of its stores, with a small number of stores in high-traffic locations remaining as galleries, showcases and Tesla information centres.

The announcement came after the US Securities and Exchange Commission (SEC) asked a US federal judge to hold Musk in contempt for violating a settlement deal reached in 2018.

Hours later, the billionaire sent a follow-up tweet indicating that the company will actually deliver just 400,000 cars in 2019.

Although Musk corrected his mistake, the US regulators slammed the Tesla CEO because he "once again published inaccurate and material information about Tesla to his over 24 million Twitter followers".