Musk plans to unveil the car and offer pricing and other details at a small event at Tesla's design studio in Hawthorne, outside Los Angeles, and it will stream it online starting at 8 p.m. PT (11 p.m. ET). 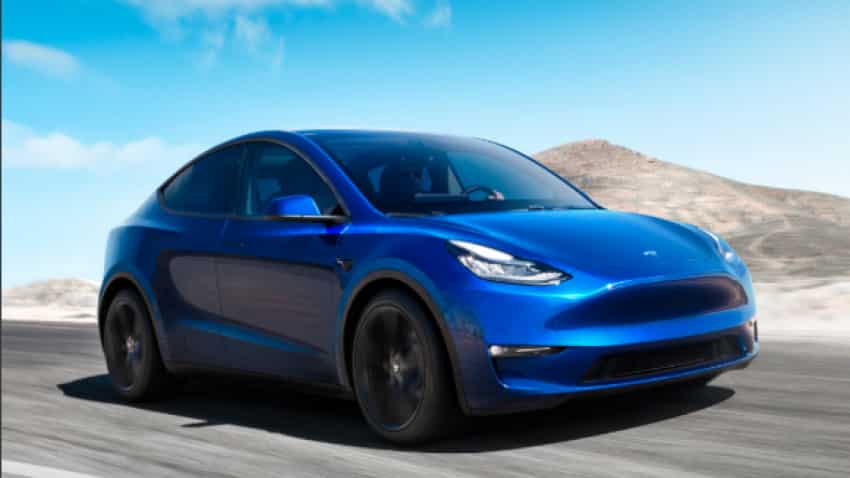 Tesla Inc will unveil its Model Y electric sports utility vehicle on Thursday evening in California, promising a much-awaited crossover that will face competition from European car makers rolling out their own electric rivals. Chief Executive Elon Musk has said the compact SUV, built on the same platform as the Model 3, which starts at $35,000, is about 10 percent bigger than the sedan, will cost about 10 percent more, and have slightly less range for the same battery.  Musk plans to unveil the car and offer pricing and other details at a small event at Tesla's design studio in Hawthorne, outside Los Angeles, and it will stream it online starting at 8 p.m. PT (11 p.m. ET).

Small SUVs are the fastest-growing segment in both the United States and China, the world's largest auto market, where Tesla is building a factory, making the Model Y well positioned to tap demand.  Tesla has enjoyed little competition thus far for its sedans, but competition for electric SUVs is heating up as Tesla tries to master a new set of economics from the luxury line that made its reputation. On Thursday, ratings company Fitch warned that, despite Tesla's early lead, "incumbent carmakers have the ability to catch up ... thanks to their capacity to invest and their robust record in product management."

Tesla's targeted volume production date of late 2020 would put it behind electric SUV offerings from Volkswagen AG's Audi, Daimler AG's Mercedes-Benz and BMW. Shares of Tesla are down 24 percent from a year high of $379.57 in August, when Musk tweeted that he was taking Tesla private.

That plan - later scrapped - ushered in an ongoing period of turmoil at the company, from Musk's public battles with regulators, a flurry of securities lawsuits, cost cutting and layoffs across the company. Tesla two weeks ago said it would close most stores and use savings to cut the price of most cars by 6 percent. Last week Tesla reversed course and said it would leave many stores open and raised prices back by about 3 percent.

Musk has promised an easier production ramp of the Model Y, since it shares about three-quarters of its parts with the Model 3 and would need only half the capital expenditures of the sedan.

The risk is "quite low" Musk told analysts in January.

Tesla would "most likely" build the Model Y at Tesla's battery factory in Nevada, he said. Still, the Model Y, like all Tesla's models, has already seen pre-production delays. Suppliers were originally told that production would start on the vehicle in November 2019, sources told Reuters last year. In October, Musk said "significant progress" had been made on the Model Y and that he had approved the prototype for production in 2020. In January, he said Tesla had ordered the tooling needed to build the car.