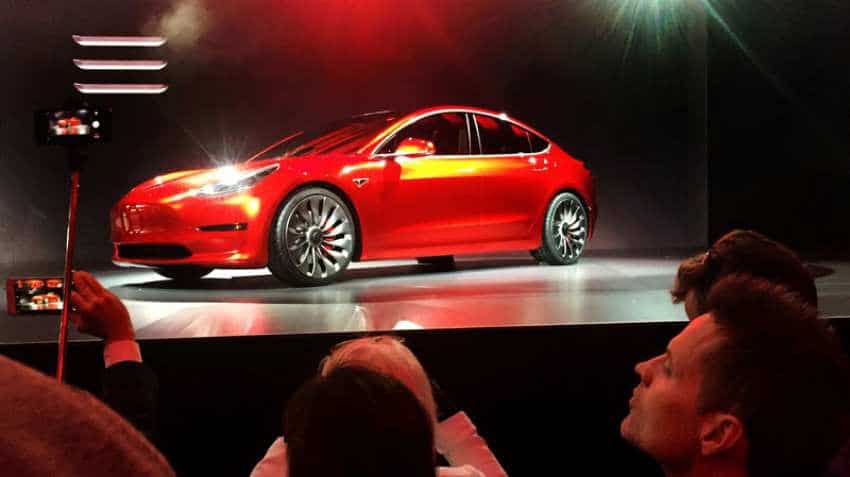 US electric vehicle (EV) maker Tesla Inc said on Friday it would price its China-made Model 3 vehicles from 328,000 yuan ($47,529), as it pushes production and sales in the world`s largest new-energy vehicle market. The carmaker has been building a factory in China since January where it will start producing Model 3 cars. Pre-orders for the vehicles will also start on Friday, the company said on its website.

The starting prices for five different versions of China-made Model 3s range from 328,000 to 522,000 yuan. Customers can expect to receive the car in 6-10 months, the company said.

The higher-end version of the Model 3 will still be imported from the United States. Investors are focused on whether the gross profit margin on the Model 3 will remain around 20 percent in China.

Producing cars locally is likely to help Tesla minimise the impact of the U.S.-China trade war, which has forced the EV maker to adjust prices of its U.S.-made cars in China.

Keeping prices in check will also help Tesla fend off competition from a swathe of domestic EV startups such as Nio Inc, Weltmeister and XPeng Motors, as well as established carmakers including Volkswagen and General Motors.

Tesla`s so-called Gigafactory is China`s first wholly foreign-owned car plant and is seen as a reflection of the country`s broader shift to open up its car market.

Pictures of the Shanghai plant posted on Tesla`s social-media account showed construction of its main section was nearly done. The company also held a recruitment event this week for car manufacturing and logistics workers.

Tesla forecast its delivery in 2019 would reach 360,000 to 400,000 vehicles and said it may produce as many as 500,000 vehicles if its China factory reaches volume production in the fourth quarter.

Tesla app outage locked some owners out of their cars