Do you own any of these cars? If not, start worrying

Considering the nature of roads in India, especially the behaviour of truck, bus, car drivers, pedestrians, cyclists and more, accidents are a constant threat. And that means horrendous injuries can result if the victims are not riding in a safe vehicle. 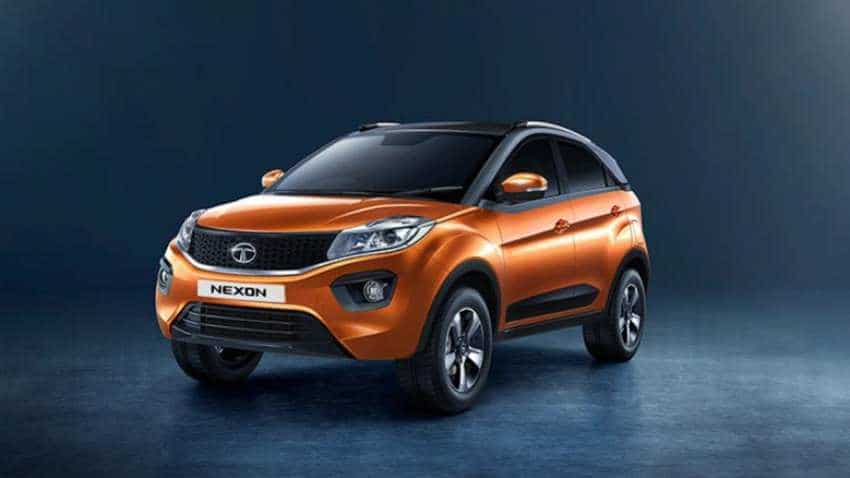 Tata Nexon made it on the top of the list with a 4-star rating from NCAP for adult occupancy (13.56/17) and a 3-stars rating for child occupancy (25/49). Image source: Company website

Considering the nature of roads in India, especially the behaviour of truck, bus, car drivers, pedestrians, cyclists and more, accidents are a constant threat. And that means horrendous injuries can result if the victims are not riding in a safe vehicle. That makes safety features on vehicles some of the most sought items for buyers. Moving towards identifying the safest cars India is Global NCAP, which has now rolled out a list of the top vehicles. Of course, if you do not have any of these cars, then you need to be extra careful on the roads. On top of the list is Tata Motors Nexon.

Indian models like the Vitara Brezza together with the Tata Nexon, published in August, are clear evidence of improvement in the Indian automotive industry & show a significant potential for much safer cars in the near future. #SaferCarsForIndia https://t.co/VIJpkg6yuY pic.twitter.com/bha5CdasRq

Tata Nexon
This Tata model made it on the top of the list with a 4-star rating from NCAP for adult occupancy (13.56/17) and a 3-stars rating for child occupancy (25/49). Besides proving a good protection for the head and neck of the passengers and driver, NCAP said that the body shell integrity of Nexon is 'stable.' All the variants of the car come with ABS, two airbags and Isofix child seat mounts as standard.

Toyota Etios Liva
Second in the list is Toyota's Etios Liva with a 4-star rating in its very first crash test. This car was tested back in 2016 and was given 4-stars for adult occupancy (13/16) and two stars for child occupancy (20.02/49). Later, this hatchback has been updated with more safety kits. These include Isofix child seat mounts and EBD.

It’s pleasing to have 2 cars achieving 4 stars. It’s disappointing to have a car from a major manufacturer scoring 0 stars. A major international manufacturer knows how to make safe cars, it’s absolute nonsense that they sell less than 3 or 4 star cars in India. #NoZeroStarCars pic.twitter.com/amJCLnAIfR

Tata Zest
Tata Zest got a 4-star rating (11.15/17) in adult occupancy and 2-star for child occupancy (15.52/49) after its second crash test in 2016. Surprisingly, this very car got  a rating of zero earlier when it was tested! However, Tata Motors got another opportunity and presented an upgraded compact sedan, which was tested in 2016. The car had a seat belt reminder for the driver and two air bags which was later updated with ABS, EBD and corner stability control.

Maruti Suzuki Vitara Brezza
In the Global NCAP’s latest crash tests done just days ago, Maruti Suzuki Vitara Brezza compact SUV received a commendable 4-star rating for adult occupancy (12.51 out of 17). However, because of the forward facing position of the 18-month old dummy in the test the SUV got a 2-star rating for child occupancy (17.93 out of 49). Every variant of Brezza comes with ABS with EBD, front seat belt with pretentioners, two air bags, a driver’s seat belt reminder and Isofix child seat mounts.

Today’s results are spectacular. An extremely good result from the 4-star #SuzukiMaruti, showing how industry is capable of building #SaferCarsForIndia. But it’s a real shame that #Renault is still producing zero star cars in this market. #nozerostarcars pic.twitter.com/RzAr7PR1Or

Volkswagen Polo
back in 2014, this is one of the first made-in-India cars that had been tested by GNCAP. The car has been equipped with two airbags after the one with no air bags did not meet the crash test norms. Despite not having Isofix child seats mounts, the upgraded model got a 4-star rating for adult occupancy (12.54 out of 17)  and a 3-star one for child occupancy (29.91/49). After this Volkswagen offered airbags and ABS across the Polo range in the country.