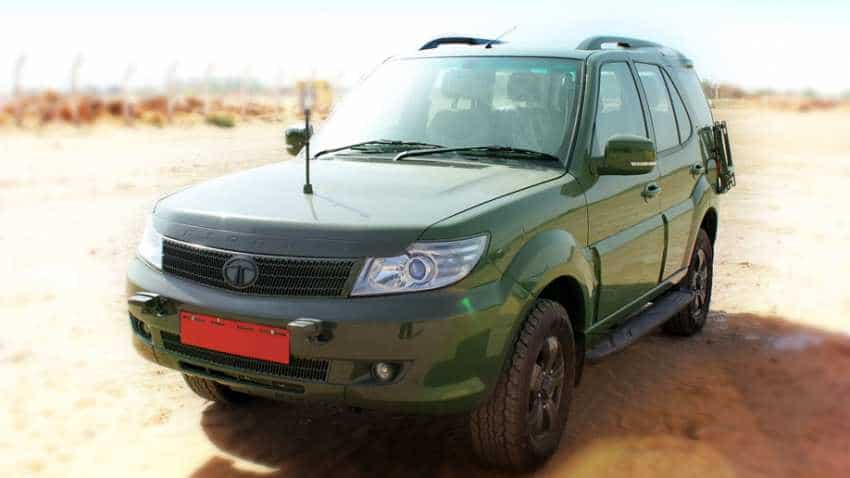 Homegrown auto major Tata Motors today rolled out 1500th unit of Safari Storme GS800 meant for the Indian Armed Forces from its Pune-based facility. The company had bagged an order to supply 3,192 units of GS800 (General Service 800) Safari Storme 4x4 from the army.

Tata Motors has delivered over 1,300 vehicles so far to the armed forces. "The continued faith bestowed by the country's security forces in Tata Motors is a reflection of our pedigree & aspiration to serve the nations challenging requirements on the front lines," Tata Motors Vice President, Defence & Government Business Vernon Noronha said in a statement.

Tata Motors said it has supplied over 1.5 lakh vehicles to the Indian Military and paramilitary forces so far since 1958.