In less than half a month for Tigor to achieve the sales of over 3,000 units. 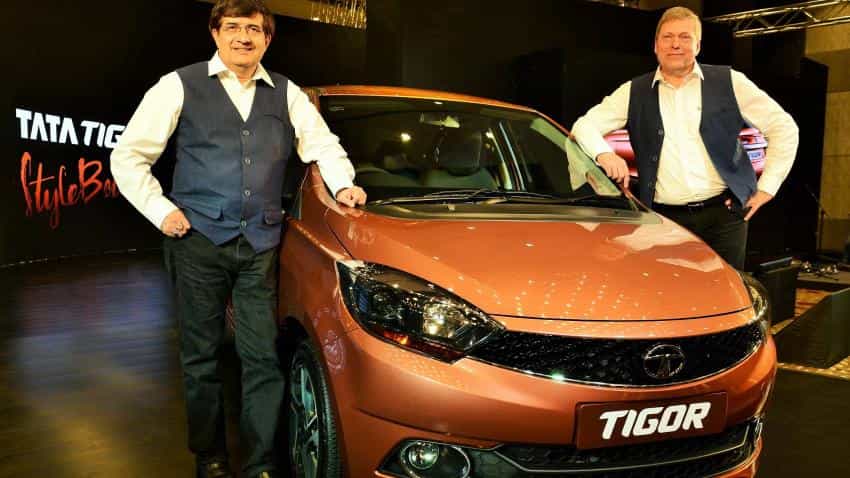 Tata Motors strategy of undercutting its competitors seems to be working as the Tata Tigor launched last month managed to sell over 3,000 units in its very first month. The sub-compact sedan which was launched significantly lower than the competition at Rs 4.7 lakh, sold 3,011 units in the month of March, according to data from the Society of Indian Automobile Manufacturers (SIAM).

This is a good start for the Tigor as many of its competitors, apart from Maruti Suzuki Swift Dzire (sell around 17,000-18,000 units per month), such as record monthly sales in the same range or even lower. For instance, Hyundai Xcent accounts for around 3,500-4,000 units in sales on an average during a month. Honda Amaze around 3,000-3,500 units on an average per month, Ford Figo Aspire around 2,000 units per month and Volkswagen's Ameo accounts for around 1,500 units sold per month.

While Tata Motors launched the Tigor on March 29, it had started pre-bookings from March 21. This is less than half a month for Tigor to achieve the sales figures. When asked about the sales figures a Tata Motors spokesperson said, “The data, from SIAM is wholesales and not pre-booking. The number mentioned below is not unusual and very common in the industry for products launched recently.”

The Tigor is essentially a Tiago with a larger boot as it is based on the platform used by the Tiago. Tata Motors had used the same pricing strategy for the sale of the Tiago, which is currently its highest selling car.

In terms of specifications, the Tata Tigor is very similar specifications to the other cars in its segment. It's revotron 1.2L 3-cylinder petrol engine delivers an optimum power of 85ps and a maximum torque of 114Nm. The Maruti Suzuki Swift Dzire with 1.2 litre 4 cylinder engine that dishes out a power of 84.3 BHP. The VW Ameo has a 1.2 litre 3 cyclined engine with lesser power of 75 BHP. Both Honda Amaze and Ford Figo Aspire have higher power engines with 1.2 litre 4 cylinder engine with power of 88BHP. The Hyundai Xcent, on the other hand, has a 1.1 litre 3 cyclinder engine with 72 BHP.