Tata Motors’ H5X SUV gets a new name; All you need to know

H5X SUV concept was unwrapped this Auto Expo. The attractive car pulled away all the attention and made everyone stare at it. The final product of the concept is quite attractive and it is named as Tata Harrier. 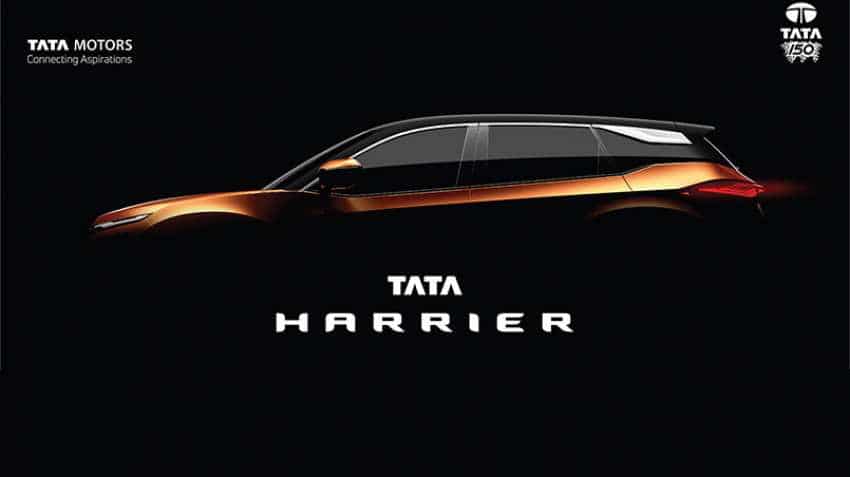 Tata Motors made everyone stare at its launch at the 2018 Auto Expo. It was a unique launch with a dynamic look like no Tata before. H5X SUV concept was unwrapped this Auto Expo. The attractive car pulled away all the attention and made everyone stare at it. The final product of the concept is quite attractive and it is named as Tata Harrier. Here is what you need to know about the car.

Tata recently confirmed that its new SUV model will be named as ‘Tata Harrier’. But an interesting thing to note is that there are two models. Tata said that they have different names for both the versions. Harrier is for the one with five seats while the seven seated SUV’s name will be announced later.

The ones who are waiting to buy this new car from Tata will have to wait till January 2019. It is going to be a good, strong competition for Hyundai Creta, Renault Captur and the Jeep Compass. Meanwhile, seven-seat SUV can be a competition against Mahindra XUV500.

Tata Harrier shares its underpinnings with the Land Rover. Indian’s would be able to finally experience it. The OMEGA (Optimal Modular Efficient Global Advanced) platform spawns the Tata Harrier has been taken from Land Rover D8 platform which underpins Discovery Sport. Tata on the other hand claims that the kerb weight won’t exceed 1,650kg. It is also expected that Harrier will share its 2,741mm wheelbase with Discovery Sport.

The harrier has a 2.0-litre, four-cylinder, and turbo-diesel engine. This is same as the Fiat Chrysler Automobiles. Also, it shares its engine with the Jeep Compass. Five-seat SUV will be having 140hp state of tune engine while the seven-seat will have 170hp state of tune.  Also, it has a six-speed manual gearbox. It has a new four-wheel-drive system and expected that the engine will have multiple drive modes.

The eye-catchy design of the Harrier is one major reason of its popularity. It is expected that the final product is going to be very similar to the ones in the spy pictures and sketches. It is the first model for Impact Design 2.0 design language. Sleek crease, wheel arches and large wheels are going to be the highlights of the car. It has a slim headlight with high set LED tail-lamps and floating roof.

There are front and rear centring armrests and also has good space for second row seats. Storage bin has also been observed in the car. Tata Harrier is expected to be feature rich in terms of cabin and top-spec form may also be attractive. A touchscreen infotainment board has also been noticed. The car is going to be really exciting.