Tata Harrier teaser makes big revelation! This is what the SUV has to offer

Tata Motors, which is all set to launch its Harrier SUV in January 2019, has released a video where it teased the capabilities of the SUV's six-speed gearbox. 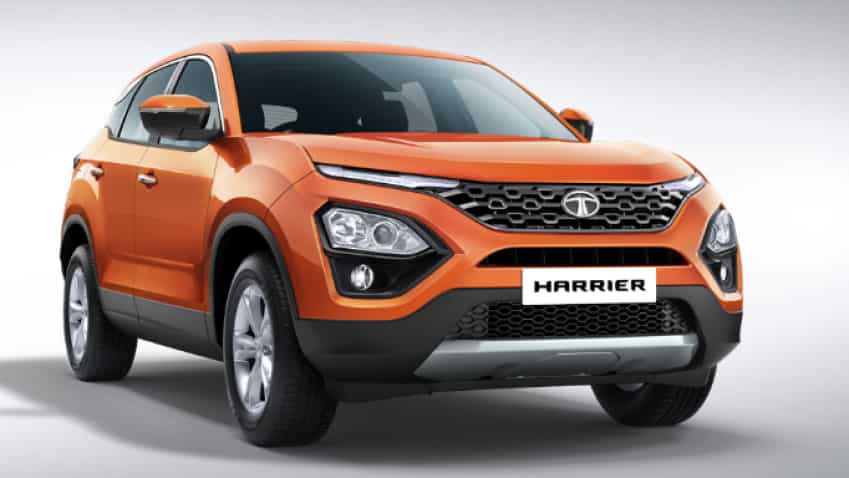 Tata Harrier will come with a 2.0-litre Kryotec diesel engine, which is going to be paired with both manual and automatic transmission options. Image source: Company website
Written By: ZeeBiz WebTeam
RELATED NEWS

Tata Motors, which is all set to launch its Harrier SUV in January 2019, has released a video where it teased the capabilities of the SUV's six-speed gearbox. Of late the company is releasing various teasers of the Harrier SUV for promotional purposes ahead of roll-out. Tata Motors Harrier SUV will come with six-speed manual transmission, it has been revealed. Speculation has it that the company might also offer an optional automatic transmission. It will also sport a drive selector mode along with JBL speakers, AC vents, cooled armrest storage, as the previous teasers mentioned.

Tata Harrier will come with a 2.0-litre Kryotec diesel engine, which is going to be paired with both manual and automatic transmission options. Tata Harrier prices, of various variants, are expected to be Rs 20 lakh for the top variant and Rs 14-15 lakh for the base variant.

The carmaker has already revealed the exterior of the SUV, and the front end of the car gets LED positioning lamps and the headlamps have been positioned below.

Harrier's interior is expected to have a big interior, perhaps, even bigger than the H5X concept that it is based on. Tata Harrier will also have a dedicated storage area for smartphones for all passengers.

While passengers at the back, next to sides of the SUV will have a space provided on the doors themselves, the one at the center will have a centralised console in front of him on the front armrest - backwards facing area.

There will also be an inbuilt cooled storage area in the front armrest. In some deft design maneuvers, the coolbox will also be accessible for the passengers at the back. Another revelation is that the Tata Harrier will come with a dual tone interior, which has black and pale brown color. Black will highlight the sporty look of the SUV, while pale brown will make the interior feel roomier.