Tata Motors has released the official exterior images of the most-awaited car Tata Harrier SUV, but the interior of the vehicle is yet to be revealed. 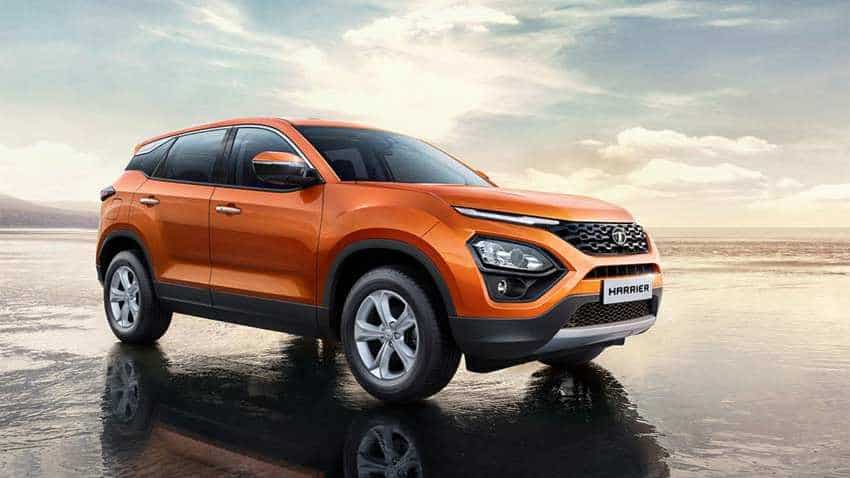 Tata Harrier will come with a 2.0-litre diesel engine, which is going to be paired with both manual and automatic transmission options. Image Source: Website
Written By: ZeeBiz WebTeam
RELATED NEWS

Tata Motors has released the official exterior images of the most-awaited car Tata Harrier SUV, but the interior of the vehicle is yet to be revealed. However, some glimpses and hints point to what may well be coming and these features are not available in rival SYVs like Jeep Compass or even Hyundai Creta. What has officially been revealed is that the Tata Harrier SUV will be showcased in December, 2018 and the launch date in India will be some time in early 2019.

Tata Harrier will come with a 2.0-litre diesel engine, which is going to be paired with both manual and automatic transmission options. Tata Harrier prices, of various variants, are expected to be Rs 20 lakh for the top variant and Rs 14-15 lakh for the base variant. Extra information has been revealed by sources inside the company and CarDekho has outed it in a report.

While passengers at the back, next to sides of the SUV will have a space provided on the doors themselves, the one at the center will have a centralised console in front of him on the front armrest - backwards facing area.

Notably, there will also be an inbuilt cooled storage area in the front armrest! This is to ensure there are plenty of refreshing, cold drinks available on-call. In some deft design maneuvers, the coolbox will also be accessible for the passengers at the back. Another revelation is that the Tata Harrier will come with a dual tone interior, which has black and pale brown color. Black will highlight the sporty look of the SUV, while pale brown will make the interior feel roomier.

What fans of Tata harrier should know is that neither Jeep Compass, nor Hyundai Creta have a cooled glove compartment, CarDekho revealed. With all this luxury around, can entertainment features be any less? Yes, Tata Harrier has a touchscreen infotainment system too. However, what Tata Harrier will not have is a sunroof. This is clear from the recently released images and videos of the car.