SUV MG Hector is coming! This is how it is being manufactured at Gujarat - WATCH video right from Halol plant

MG Hector: MG Motor India has confirmed that it has started the commercial production of its upcoming and much-awaited SUV - Hector - at Halol plant in Gujarat. 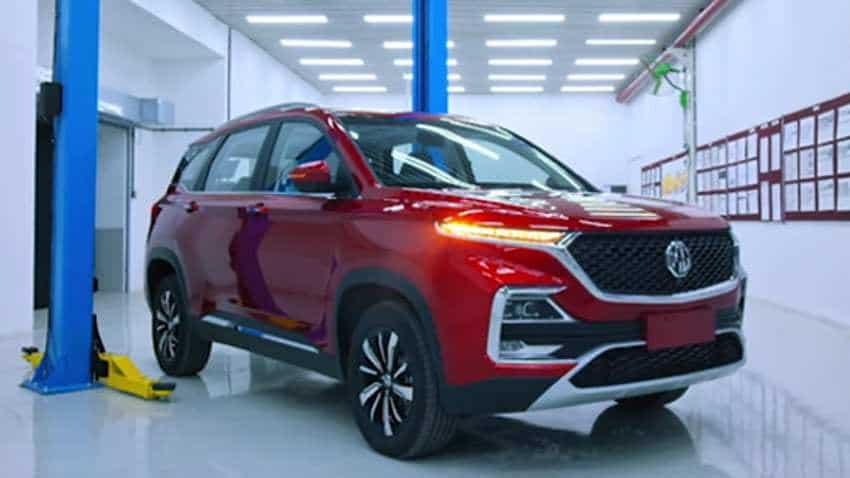 British automaker MG Motor (Morris Garages) is coming with a new car technology in India with the launch of the iSMART Next Gen.
Written By: Prashant Singh
RELATED NEWS

SUV MG Hector: MG Motor India has confirmed that it has started the commercial production of its upcoming and much-awaited SUV - Hector - at Halol plant in Gujarat. An exclusive video shows the first Made in India internet car rolling out from its all-new assembly line of MG Motor India. In a nutshell, SUV MG Hector is ready to be unleashed on the Indian roads. SUV MG Hector will be available for sales by June this year. WATCH the video to know how SUV MG Hector is being manufactured:-

Earlier, British automaker MG Motor (Morris Garages) had showcased its car technology in India with the launch of the iSMART Next Gen, developed in partnership with global technology players. According to Morris Garages, MG Hector with iSMART Next Gen will be the first internet car in India that will redefine connected mobility.  As per a company statement, "The brain of the iSMART Next Gen is housed in a 10.4” Head Unit. And, the most stunning feature of the MG Hector is Voice Assist." Reportedly, SUV MG Hector carries several industry-first features of Internet-enabled cars.

MG (Morris Garages) India has roped in revered British actor Benedict Cumberbatch as its brand ambassador. The acclaimed actor, known for his stellar roles in various popular TV shows and movies is the face of MG India.