The wait for motorcycle lovers, who have the zeal to conquer the world on two wheels, is over! They will now get some much-needed boost and that too at a time when India is being gradually unlocked. The good news here is that there are as many as three variants of Triumph Tiger 900 that are ready to launch in the Indian market. 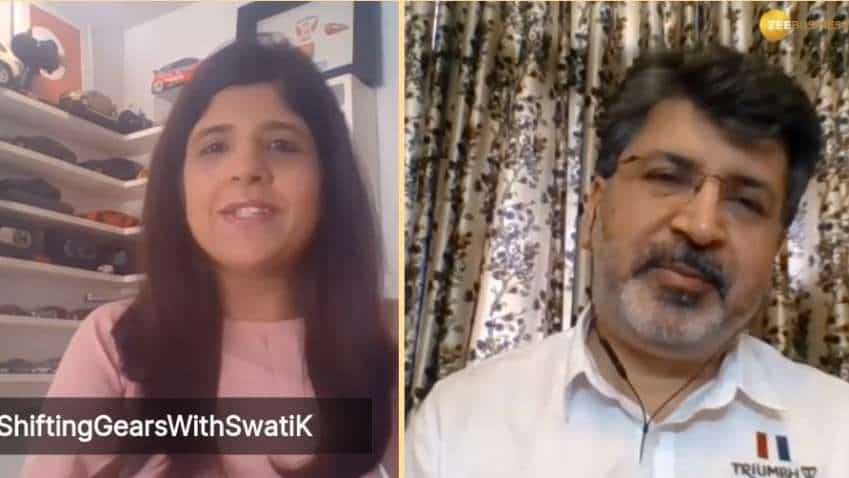 The wait for motorcycle lovers, who have the zeal to conquer the world on two wheels, is over! They will now get some much-needed boost and that too at a time when India is being gradually unlocked. The good news here is that there are as many as three variants of Triumph Tiger 900 that are ready to launch in the Indian market. This was revealed by Shoeb Farooq, Business Head, Triumph Motorcycles India, in a candid chat with Swati Khandelwal, Executive Editor, Zee Business. Farooq spoke on a variety of issues like lockdown, qualitative use of time, production issues, plans to launch Tiger 900 and much more. The chat was live on Facebook today.

Speaking about the 2-month long lockdown, Farooq said, the times have been very challenging for almost everyone but he and his organization have used the period in the best possible manner. He revealed that the qualitative collaboration that his team did just before getting into lockdown mode helped them figure out the top priorities on which they should work on while being out of the office and think beyond what happens during the regular business hours.

Referring to the activity that has started either at the dealership level or assembly level, he said operations at Triumph Motorcycles began some three weeks ago and the same is gradually reaching to the level of potential in the assembly plant at Manesar and the dealerships too have started opening. In fact, he revealed that almost every dealership will be operational by June 8, 2020. In short, he said, the company is getting fully ready for business.

He however added a proviso by saying, "We should all accept that these are different times and the scenario is not going to change anytime soon." Talking about the business opportunities in the changed era, he said, we should accept that the new scenario should be taken as the new normal and businesses should be aligned with it. He added that that is exactly what Triumph Motorcycles is doing at the present.

Farooq said that the biggest opportunity that brands have today are new products as they can create some excitement among consumers and provide a reason to think about them. He said, "These are the mantras that can make a consumer walk into the showrooms and check out their offerings. At the same time, as a brand, we should also build confidence that we are taking care of all precautions."

Farooq said, "We are looking at every possible opportunity to create excitement in the market." He added that is the reason his company is not thinking about holding back on its plans. It is trying to launch the new products at the earliest in India. He revealed that working as per this strategy, February onwards, has seen Triumph Motorcycles unveil BS-VI Bonneville in the market. Similarly, BS-VI compliant Rocket was launched in December-January and Triumph RS was launched in April 2020.

Sharing details of the new products that can be launched in the near future, Farooq revealed that Triumph BS-VI compliant's presence is already strong in the market, which will be strengthened further this month. The company has plans to launch Triumph Tiger 900. The product that will set things rolling will be the Rally Pro, which is the top-end product of the motorcycle. Reason behind it is that its feedback is very positive and whoever has ridden the motorcycle talks well about it. The Rally Pro will be followed Rally and GT models at a later stage. He averred, "Thus, we will start with three variants and then wait to see the kind of response this mix will get. A lot of customers are there who are asking for GT Pro and possibilities are there that we can think about it. We are looking at launching these motorcycles within June but there are many issues at the backend and we are trying to figure them out."

#ShiftingGearsWithSwatiK is a Zee Business exclusive series that has been created to reveal the extent of COVID-19 impact on the world’s leading auto brands, their pivot strategies in the 'New Normal' and their startegies beyond that.

It is one of the fastest-growing luxury and lifestyle brands in India with 16 state-of-the-art dealerships at strategic locations with a CKD assembly facility at Manesar, Haryana. The company has representation in the following segments – Adventure, Roadsters, Cruisers, and Modern Classics. The company started its journey in India in 2013.