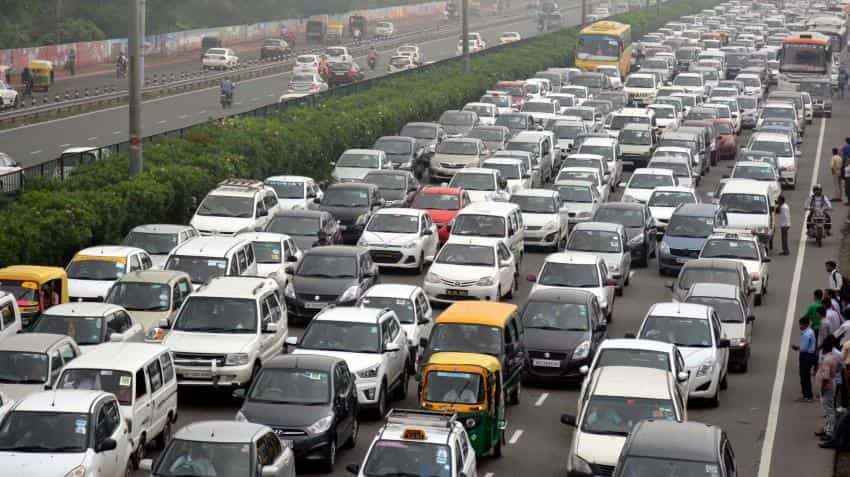 The hearing would continue on March 27. Photo: IANS
Written By: IANS

The Supreme Court on Friday indicated that it may allow the sale of vehicles with BS III emission norms after imposing a charge to reimburse Rs 18,000 crore that the government spent for upgrading the refineries to produce BS IV-compliant fuel.

The court said that the money to be collected could be close to Rs 30,000 crore, as it would involve the cost that the government incurred in upgrading the refineries to migrate to Bharat Stage (BS) IV-compliant fuel across the country and the cost of the health of the people.

Indicating that it may impose charges to get the money that the government had spent on cleaner BS IV fuel, the bench of Justice Madan B. Lokur and Justice Deepak Gupta said that it could allow the registration of BS III-compliant commercial vehicles to operate with no national permit and a rider that they would not enter major cities.

The court indicated the option that it might exercise after amicus curiae Harish Salve told the court that despite knowing well in advance that no vehicle other than those complying with BS IV norms would be registered from April 1, 2017, the automobile manufacturers kept on producing those unabated.

"They should have seen the direction of the wind" that the time for BS III vehicles was running out, but instead of scaling down the production, they continued and even increased production, it observed.

As senior counsel K.K. Venugopal and Abhishek Manu Singhvi, appearing for the manufacturers` association, put forward the automobile makers` case in a brief submission, Salve said that the question was as to what was the priority -- the commercial interest of the automobile manufacturers or that of the environment and health of the people.

"The advantage of BS IV should go to the people of India and not to the automobile industry, as it is a healthy variant," Salve told the bench, adding that the money spent on upgrading the refineries for producing BS IV fuel was "taxpayers` money".

"Our health is at stake and we are told that the commercial interests of automobile manufacturers and dealers are at stake," he said.

Salve further said that the government would be spending another Rs 60,000 crore for migrating to BS VI emission norm-compliant fuel.

He told the bench that although the Environment Pollution Control Authority (EPCA) repeatedly reminded them about the deadline, the automobile manufacturers questioned its jurisdiction and instead of bringing down the production they increased it.

However, Venugopal while giving the total number of two wheelers that are already on the road said that addition of another 700,000 two-wheelers would contribute just 0.1045 per cent to the pollution, thereby suggesting that it was too meagre.

The hearing would continue on March 27.