Motorcycles to be available in India via an online sale on December 6, 2021 | Registrations for sale begin today on www.royalenfield.com 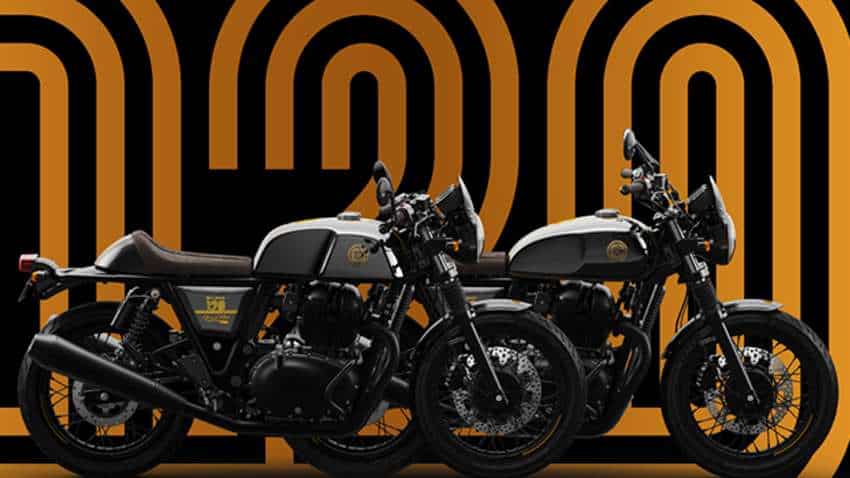 Royal Enfield, on Tuesday unveiled the 120th Year Anniversary Edition of its popular 650 Twin motorcycles - the Interceptor INT 650 and the Continental GT 650 at EICMA 2021. Royal Enfield in a statement said, "Conceptualized and designed in celebration of Royal Enfield’s rich and storied legacy, the motorcycles present a unique opportunity for global enthusiasts to own a piece of motorcycling history with a limited production run of only 480 units, distributed as 120 units each for India, Europe, Americas and South-East Asia, comprising of 60 Continental GT 650 and 60 Interceptor INT 650 for each region."

- Unveiled at EICMA 2021, only 480 units of these motorcycles to be made available globally | 60 units each of the Interceptor 650 and the Continental GT 650 to be available in India, South-East Asia, Americas and Europe markets respectively

- Motorcycles to be available in India via an online sale on December 6, 2021 | Registrations for sale begin today on www.royalenfield.com

In India, the 120th Year Anniversary Edition Twins will be made available via a limited time online sale on December 6, 2021, on the brand’s website - www.royalenfield.com/120thedition. Consumers interested in owning one of these gorgeous motorcycles can register themselves, starting tomorrow, 24th November, on the website. The details for the sale process will be shared directly on the registered email addresses.

Speaking on the launch, Siddhartha Lal, Managing Director of Eicher Motors Ltd. said, “Few brands can celebrate the kind of legacy and history that Royal Enfield has enjoyed over the last century and a lot of this legacy is from the immense love the brand has received from riders through the ages. There was simply no better way of celebrating this milestone than sharing a piece of it with our consumers around the world. We are delighted to bring the 120th Anniversary Edition 650 Twin motorcycles to enthusiasts around the world, and share the brand’s legacy with them. Both the Interceptor and the Continental GT are hugely successful around the world today, as they were in the 1960’s, and truly represent our heritage of making simple and enjoyable motorcycles."