The announcement, which is not linked to the Trent 1000 engine issue, marks the biggest round of job cuts since the company was forced to retrench during the aviation crisis that followed the 9/11 attacks in the United States in 2001. 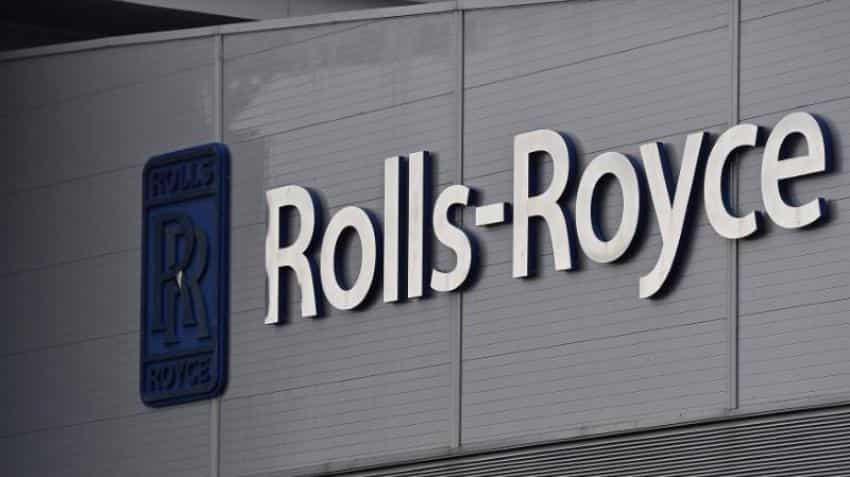 Two thirds of the job cuts will fall in Britain, where it employs 15,700 at its headquarters in Derby, central England. Image source: Reuters
Written By: Reuters
RELATED NEWS

Rolls-Royce is to cut 4,600 jobs over two years in the latest attempt by boss Warren East to cut costs and make Britain`s best known engineering company more profitable and dynamic.

East, a softly-spoken former tech boss, has overhauled the 134-year-old Rolls since he took charge in 2015 but the new cuts come as the group grapples with an aero-engine problem that has grounded planes and angered clients.

The announcement, which is not linked to the Trent 1000 engine issue, marks the biggest round of job cuts since the company was forced to retrench during the aviation crisis that followed the 9/11 attacks in the United States in 2001.

The plan will remove just over 10 percent of the workforce, targeting duplication in corporate and management roles to try to save 400 million pounds ($536 million) a year by 2020.

Two thirds of the job cuts will fall in Britain, where it employs 15,700 at its headquarters in Derby, central England. The cuts will not affect its engineers, it said.

"Rolls-Royce is at a pivotal moment in its history," East told reporters. "We are poised to become the world leader in large aircraft engines. But we want to make the business as world class as our engineering and technology is."

"We are proposing the creation of a much more streamlined organisation. We have to significantly reduce the size of our corporate centre, removing complexity and duplication that makes us too slow, uncompetitive and too expensive."

CASH TARGET
East, who built the chip designer ARM Holdings from a start-up into Britain`s biggest tech company, has vowed to simplify Rolls and drive greater efficiencies to enable it to generate 1 billion pounds of free cash flow by 2020.

In January he divided the company into three business units and said on Thursday he was now ready to remove management duplication between those layers and the corporate centre.

The huge restructuring, costing a total of 500 million pounds over 2018-2020, will be reported as separate one-off costs, allowing it to stick to its targets for free cash flow.

"These changes will help us deliver over the mid and longer-term a level of free cash flow well beyond our near-term ambition," East said.

Rolls shares traded 2.7 percent higher by at 851 pence by 0830 GMT after it published details of the plan.

The overhaul will have to be carried out against a backdrop of huge pressures on the group which has been blindsided by problems with parts of the Trent 1000 engine which powers the Boeing 787 Dreamliner jet.

Having discovered that parts of the engine were not lasting as long as expected, the company is having to ground planes to carry out inspections, forcing airline clients to lease alternative planes to meet demand in the busy summer period.

That programme has pushed up costs, increasing pressure on Rolls to find savings elsewhere. East said the job cuts were not linked to the engine problem.

"The people that will be leaving the business have nothing whatsoever to do with solving the issues our customers are having with our engines today," East said.

"I know it sounds incongruous at face value, the loss of the work force while we`re dealing with these issues but they`re really two separate issues altogether."

Rolls-Royce has 55,000 employees worldwide of which 26,000 are in Britain. The latest cuts follow previous job cuts and the creation of other roles following a series of profit warnings in 2014.

Jefferies analyst Sandy Morris said while the market would not be surprised by the job cuts as East had hinted there was more restructuring to come, the timing was not ideal.

"Against the backdrop of costly Trent 1000 in-service issues and rising civil engine deliveries, we can see how it might stir a debate about whether the timing of this fundamental restructuring increases near-term risk," he said.