Ford sales fell 6 percent last year even as overall vehicle sales in China rose 3 percent. Sales during the first two months of this year are down 23 percent. Fleet said the company was looking beyond the sales numbers to focus on "structural priorities". "I think our partnerships are in good shape, and I want them to be even better,” Fleet said in an interview with Reuters. 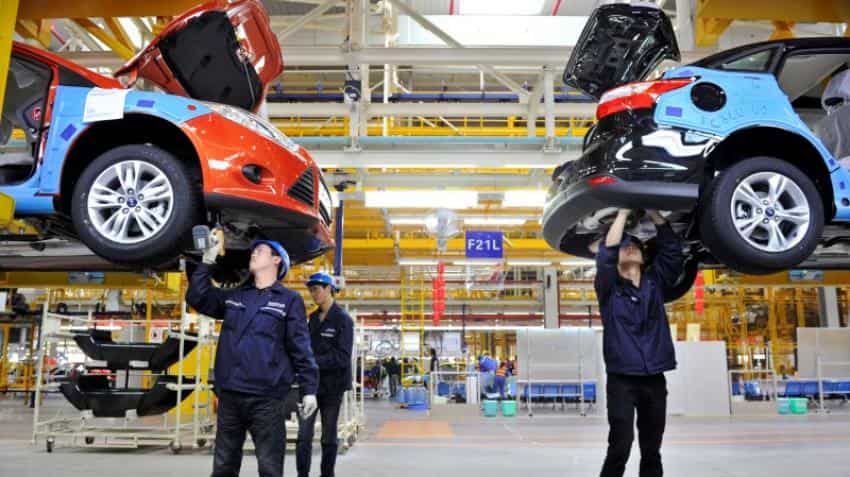 After 20-odd years of "marriage" in China, Ford Motor Co is having relationship issues. The US automaker, losing ground in the world`s largest car market, is trying to maintain trust and respect in its partnerships with Changan Automobile Group and Jiangling Motors Group (JMC), putting pressure on sales efforts, according to four sources at Ford and its China joint ventures. "Changan and Ford have already been married for (nearly two decades) but we still don’t trust each other,” one of the sources said. In an effort to improve relations and reverse a recent sales slump, Ford is preparing for a new product blitz and a campaign to localize management in China, according to Peter Fleet, head of Ford`s Asia-Pacific operations.

Ford sales fell 6 percent last year even as overall vehicle sales in China rose 3 percent. Sales during the first two months of this year are down 23 percent. Fleet said the company was looking beyond the sales numbers to focus on "structural priorities". "I think our partnerships are in good shape, and I want them to be even better,” Fleet said in an interview with Reuters. It will likely take Ford until next year, when the first of the wave of new vehicles arrives in showrooms, to start regaining momentum in China. “This year will be a bit like going through a tunnel,” Fleet said. “We have to get through 2018.”

By 2025, however, Fleet says the U.S. automaker plans to boost China revenue by 50 percent from 2017 levels, largely by launching more than 50 new or redesigned products. Those new cars include 15 electric vehicles.

Over the past 12-18 months, tensions in Ford’s China partnerships began impacting the morale of the joint ventures’ sales forces, made up mostly of local workers from its Chinese partners, according to three of the sources - a Changan official and two Ford China insiders. The sources declined to be named because they are not authorized to speak to reporters.

"At Changan-Ford, Ford often tries to intrude far into our territory; they`re interventionist and are most aggressive among global automakers at trying to have their say on how we run our day-to-day activities," the Changan official said. "That makes our job sometimes difficult."

Low morale in the auto business often has a direct correlation with sales volume, as it affects the determination of an auto brand`s sales team to sell more cars.

A spokeswoman for the Changan-Ford joint venture, Jia Qun, said the relationship between Changan and Ford is in good shape. “Last year, our two parent companies said we wanted to strengthen our partnership. I see more cooperation opportunities,” she said.

Sources said the partner relationships did begin improving after steps by Ford late last year. Ford pledged to make a more full-fledged effort to develop technology and products in China jointly with its partners.

One possibility, according to one source: JMC and Ford might soon develop electrified trucks and vans in China as Beijing pushes aggressively for battery vehicles.

Ford has so far collaborated little with Changan or JMC on product development, with only the Escort car and the seven-seater Edge crossover SUV to show in terms of China-specific models.

Ford also promised to hire and promote more Chinese nationals to replace expatriate employees, many of whom lack the cultural background and language skills to work effectively with their JV counterparts, according to three Ford sources.

Ford told Changan and JMC it plans to fill a majority of expat positions with local managers in the next four years, cutting the number of foreigners by 70 percent by 2021.

Still, one of the Ford sources describe the China partnerships as a “work in progress” - a task complicated by a sudden resignation in January of the company’s China chief, Jason Luo.

One of Luo`s tasks when appointed in August was to strengthen external relations, including those with Ford`s joint-venture partners. Ford said Luo`s departure after just five months was for personal reasons and Luo has not commented.

A few years ago, things looked much better for the 115-year -old company.

Leveraging SUVs including the EcoSport, Ford sales rose nearly 60 percent in 2013 and 17 percent in 2014, enabling the company to zoom past Toyota and Honda in sales, according to consultancy LMC Automotive.

All that momentum, however, has been lost. U.S. rival General Motors Co sold 4 million cars in China last year, compared to Ford’s 1.19 million, and Honda and Toyota now sell more than Ford again.

The challenge of maintaining a stable relationship with a Chinese partner isn’t unique to Ford.

Having two partners has also complicated matters for Ford.

Two years ago, Ford began moves to combine the two different joint venture display stands it presents at major auto shows in China into one that more prominently displayed the Blue Oval sign.

Ford and its partners also initially disagreed on the merits of combining the two separate distribution and service entities of the joint ventures into a single national channel, according to two of the Ford sources.

Changan and JMC have since agreed to those proposals.

The new Ford display stand debuted at the Shanghai auto show last year, while Ford and its partners are now gearing to launch a unified distribution and service company before the end of this year - signs perhaps of the “new phase of our partnerships” that Fleet envisages.