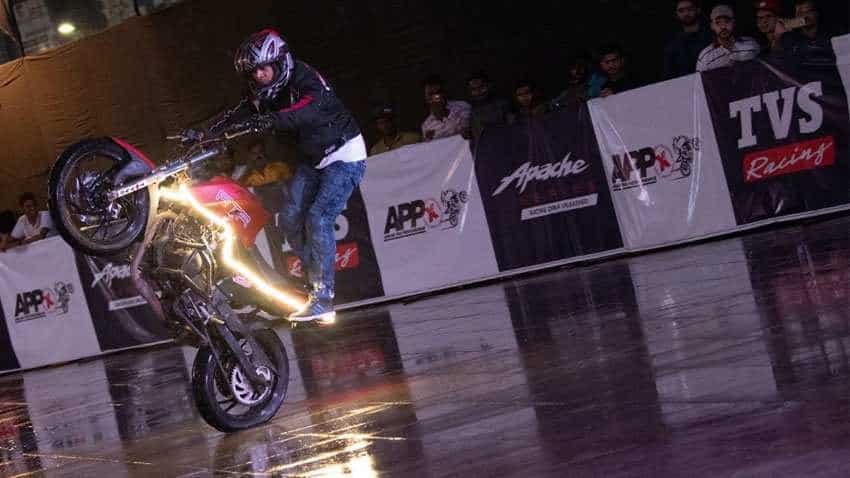 A record has been established by TVS Apache!

A record has been established by TVS Apache! It has set a new record for the longest non-stop stunt show in India. And, with this record, TVS Apache has now entered the Asia Book of Records. As part of the Apache Pro Performance X, 5 stunt teams from Coimbatore, Bangalore, Jaipur, Indore and Delhi performed non-stop stunt shows for 6 hours astride the TVS Apache RTR 200 4V motorcycles. The show was held amidst heavy rainfall at Seasons Mall, Pune. Despite the heavy downpour, the bikers continued their stunts, thus bettering their previous record of 5 hr non-stop stunt marathon held in Chennai in the year 2017. 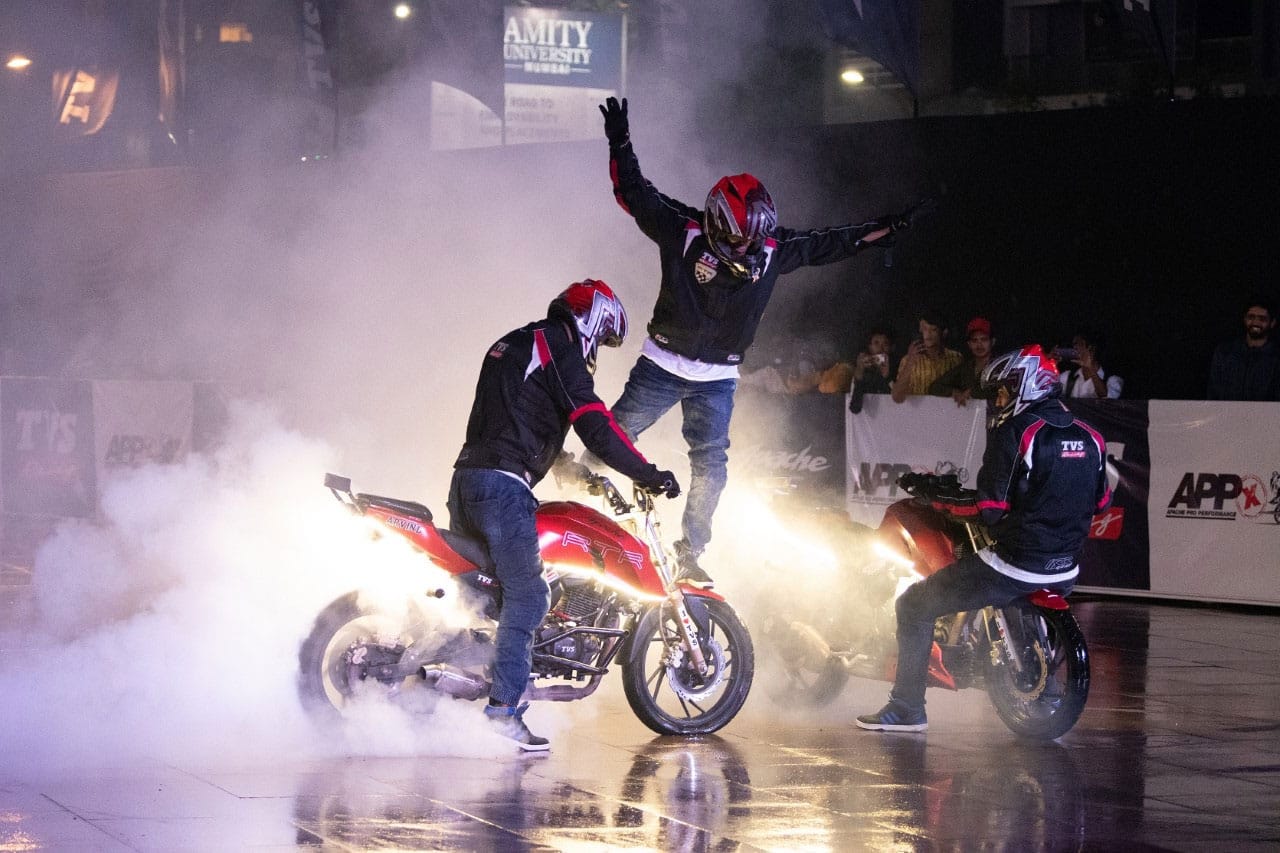 The stunt bikers enthralled the audience with their skills on the TVS Apache motorcycles.  Special stunts like the Jesus Christ pose, pillion thrill-ride, 360 degree front wheelie, synchronized flower burnout, suicide burnout, and a mega bike burnout as the grand finale enthralled the spectators. The event was attended by over 25,000 people. 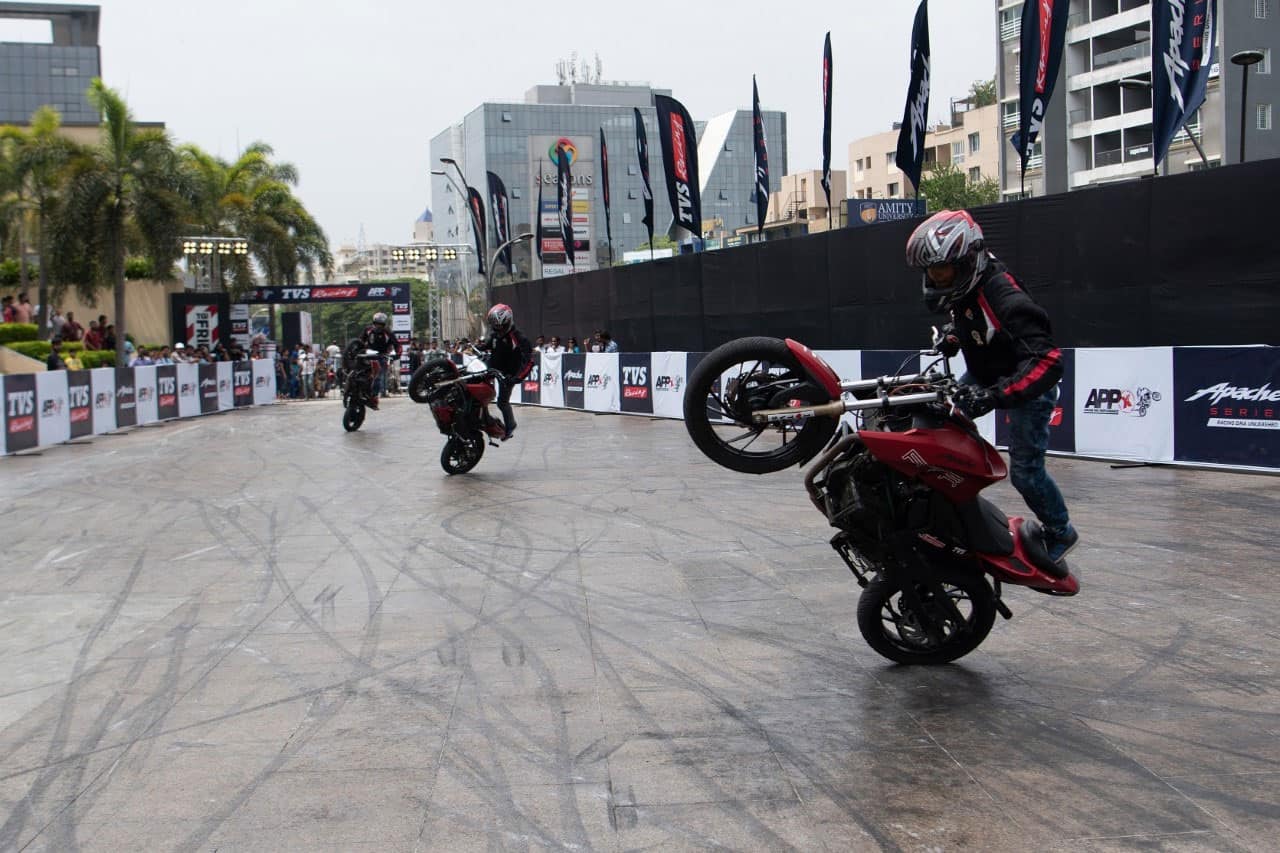 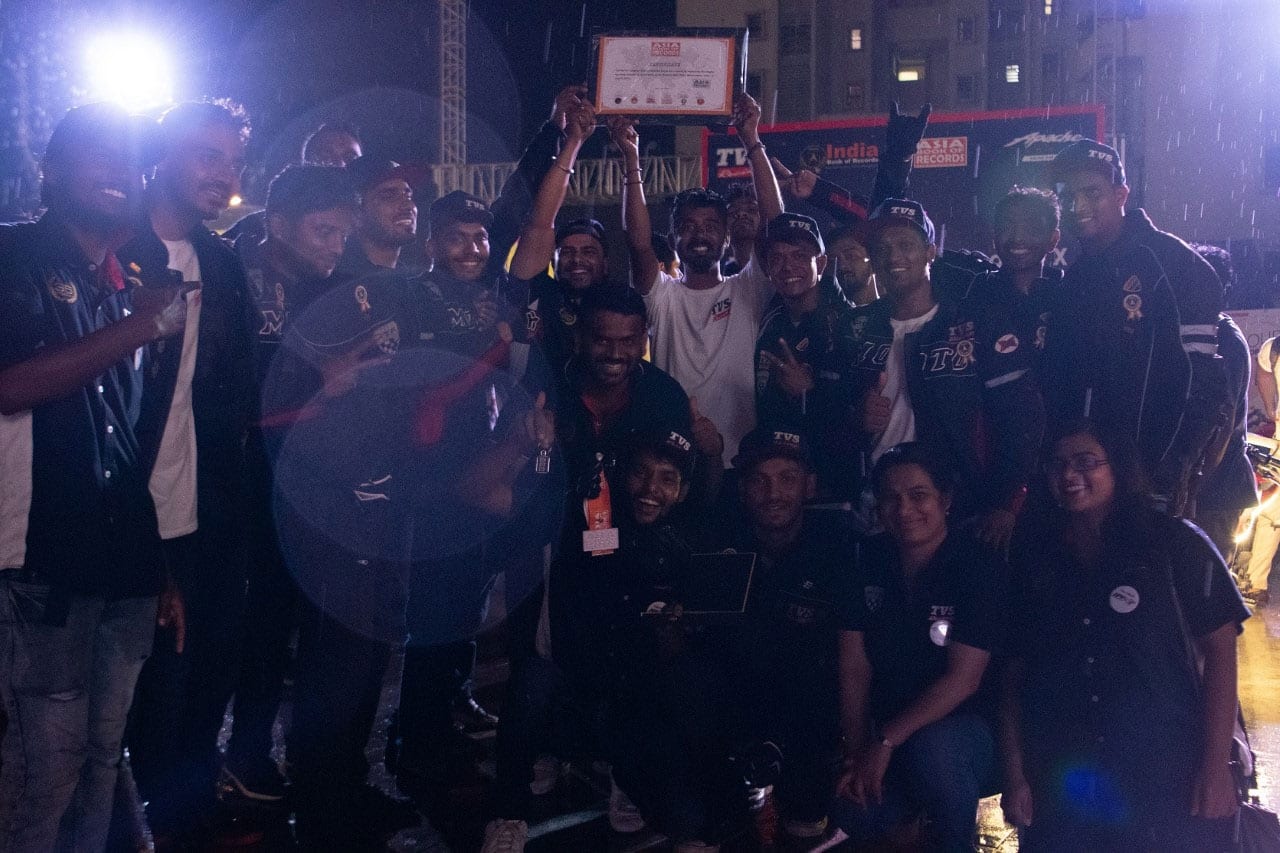 "An initiative driven by TVS Racing, APP promotes the performance prowess (in a controlled environment) of the TVS Apache RTR Series motorcycles amongst its audience and helps them connect to the essence of the brand – ‘Racing DNA Unleashed’," as per a compant statement.