Record sales expected in November & situation will return to normal in the next 5-6 months: Rakesh Sharma, ED, Bajaj Auto 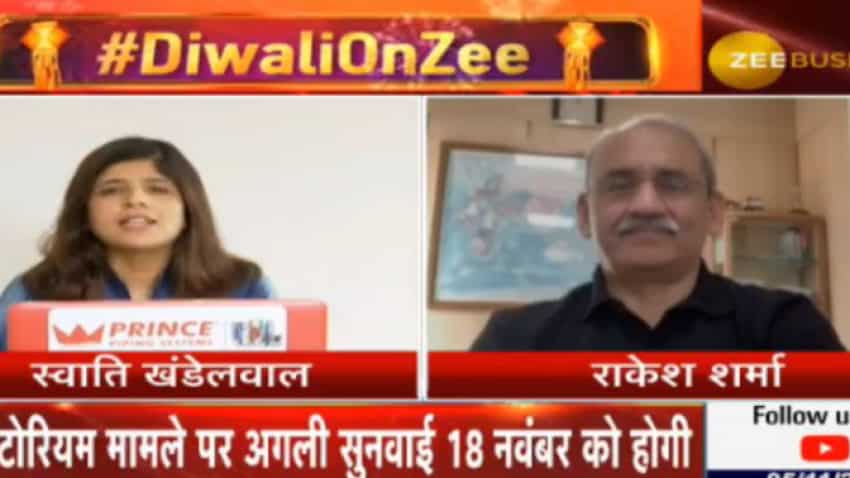 "Around 45% of our production is exported in 70 cities, out of which around 30 countries account for 80% of our exports and we have strong number 1 or number position in these countries," Rakesh Sharma said
Written By: ZeeBiz WebTeam
Edited By: ZeeBiz WebTeam
RELATED NEWS

Q: Tell us about the pre-Diwali feel that you are getting. September month was good for the company and do you think this momentum will continue in the future?

A: The performance should be understood at two levels, and they are - the figures reported by the companies are dealers’ sales figure. But the real thing that should be understood – and we try to do the same at the company level – is tings of related to the ground level, which is things that are sold from the dealers to the customer, which is termed as retail and it guides how and in which direction the market will go.

The second thing that should be understood that ups and downs happen during the festival season and it happened even last year and has happened this year, also. But this festival season shifts according to the Hindu calendar, so the like-to-like comparison should be made, i.e. if October is compared with October then huge decline can be seen because last year all the festivals were celebrated in the month of

October but this time, it falls from mid-October to mid-November.

So keeping these two things in the mind – the Navratri period, Dussehra and the four-five days that have passed since then – and compare it at the retail level then the sales is almost at the same level as it happened last year. The numbers you are seeing at present, that there is a double-digit growth than this is a company to dealer growth. During October, we try our best to keep good stocking across the distribution to make sure that the entire dealership is completely stocked during the major festival period from Dussehra to Diwali. So, the stock building also has an impact on this and now we have to see that will this stock will be sold or not. The ongoing trend is flattish.

Q: Bajaj Auto has posted the highest ever export growth of 25% this time, which means the international markets are doing well for you. So, can you tell us about the markets from where maximum demand is coming and what is your outlook on the momentum of the export market?

A: Around 45% of our production is exported in 70 cities, out of which around 30 countries account for 80% of our exports and we have strong number 1 or number position in these countries. It is very slow yet and stands at around 50-60%. If seen at an overall level then we have reached 80-85% level. We are getting a lot of advantage of our leadership position. We did a record-breaking export in September and set a new record in October. And, I think, if the supply chain remains good then once again, I will get a chance on your channel to say that we will set a new record in November. What happens after this is that December onwards

December onwards, there is a slight slowdown in the market because demand related to Christmas comes to an end. We have to make shipment in October-November to meet the demand of December. Then there will be a slowdown. Going forward, we can expect almost 100% normalcy in the next five-six months.

Q: Update us on the segment-wise response that you are getting on your products and the segment where the maximum response is seen? Also, let us know the new product line form the point of view of new product launches?

A: When at the start of COVID, we realized that it would be a very long run that’s why we should keep the provisions of the company strong. Anyway, I would like to say that we have a DNA in which we focus more on the product and upper segment. So, we in the last several months have focused on premium end, which means the top half (upper half) of the market. Focus means, launching new products in the market, to make team focus towards it and to focus on entire communication and advertising support, which is the upper half of the pyramid.

This strategy has done well for us because we have launched a new product Pulsar 125 and we have seen tremendous growth in some of the variants of this vehicle. And, the market share which stood at 8-9% last year has reached this year to 20%. In fact, I would like to say that this entire 125 CC segment has expanded for the industry, .i.e. it used to be 19-20% segment for the industry but now has increased to 25%. This is a good thing for us as well as for the industry because it clearly shows that the customer at this point looking for products. You have rightly said that it is good to see that the industry is seeing a flattish growth even at the time of COVID.

And, the best part of this flat performance is that the customer is not pulling his hand from the 125 CC and other half products, which means he has not decided by leaving the actual value of the products. This is a very good thing and shows that our customers are resilient. Besides, we have also seen tremendous growth in our top premium products of KTM’s Duke and our new presentation of the Husqvarna brand, which is priced between Rs 1.50 lakh and 2 lakh.

So, we have kept our entire focus on the segment that lied between 125 CC and 400 CC and we have got tremendous growth in these segments and earned a good market share in it. We will have a focus on the same category in the coming months.