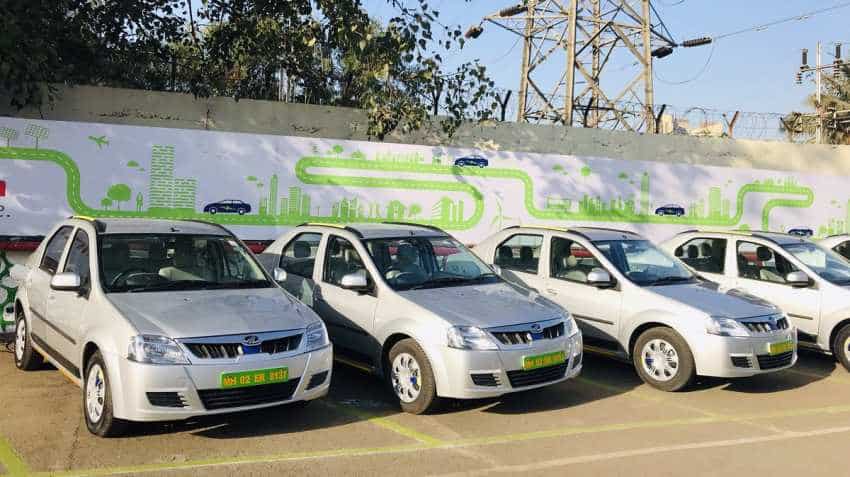 The taxi business in India sure has turned into a massive industry after the advancement in internet based applications. Considering the potential of this market sphere, one of the largest passenger makers, Mahindra and Mahindra (M&M) launched ‘Glyd’, an electric cab service in Mumbai. Currently, Ola and Uber were the only two exclusive giants in online taxi business in the country. Looks like now, these two cab service providers have a new contender. Mahindra's entry into thIS field will be direct competition to Ola and Uber.

With the objective of providing a technology based premium e-mobility service, Mahindra aims to make this eco-friendly mode of transportation become commercially viable.

M&M believes that the future is e-vehicles and Glyd is a unique way to infiltrate electric cars.  Starting with 10 e-Veritos owned by Meru Cabs, M&M has geared against Ola and Uber, by providing premium class facilities.

“Glyd is one such flagship premium e-mobility solution to redefine the in-commute experience of daily commuters,” said, Pawan Goenka, M&M Managing Director in a PTI report.

As of now, Mahindra  plans to commence services of Glyd in financial hubs of Mumbai like Lower Parel and Bandra-Kurla Complex (BKC). Since Glyd is specifically targeted towards office going executives, it will provide 800-1,600 of Glyds in Lower Parel and 200-400 e-cars in BKC, in the next twelve months, as per Trak.in report.

Booking a Glyd will also be similar like Ola and Uber. One have to download the app, verify and book a ride.

Glyd’s features and services are based on Bengaluru-based cab company, Lithium.  Few of the features of Glyd are air purifiers, web based video conferencing, specially curated music, wrap-around headrest and custom-designed armrests .

Every Glyd ride comes fully equipped with its own hi-speed Wi-Fi service. M&M has tied up with Vodafone Idea for its Wi-Fi services and Cisco Systems for the development of the cab service mobile application.

Apart from this, Glyd also allows widest zero-strain screen. Handpicked, curated content to match your every mood, video conferencing suites which save your time and much more.

Not only this, every seat comes with its own set of charging points.The intention is to create a personal zone for customers.

Mahindra prepping in car service business with Glyd will be one key thing to watch out ahead, because the government has been asking automakers to shift their focus over electric vehicles. The NDA government wants India to be free of petrol and diesel engine, and have only electric cars operating by 2030. Hence, Ola and Uber will also have to change their tactics in way of doing business.