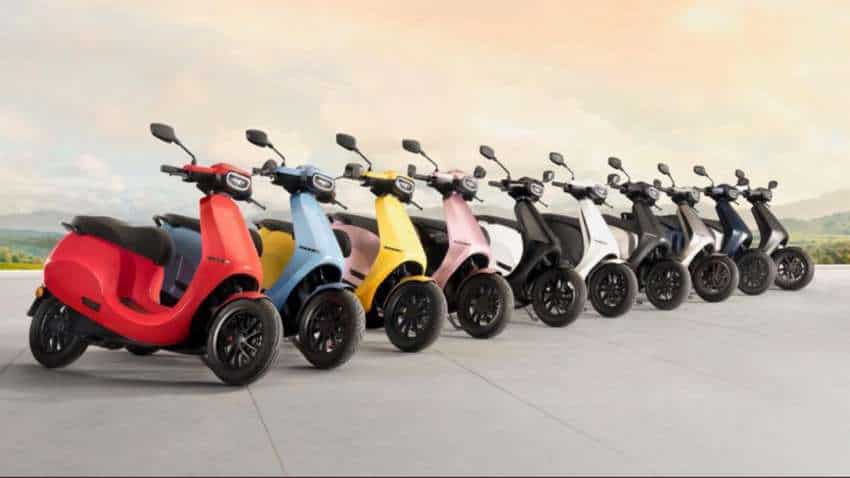 Ola Electric on Monday said it has tied up with leading banks and financial institutions, including HDFC Bank, ICICI Bank, Kotak Mahindra Prime and TATA Capital, for providing loans to customers for its S1 electric scooter that will be available for purchase from September 8.

The company, which had last month launched the Ola S1 electric scooter in two variants -- S1 and S1 Pro -- at prices Rs 99,999 and Rs 1,29,999, respectively (ex-showroom including FAME II subsidy and excluding state subsidies), said it will start deliveries in October.

"We have tied up with all the major banks and (financial) institutions...We will have many of them live starting September 8 and then others will be live soon after," Ola Electric Chief Marketing Officer Varun Dubey told PTI.

Dubey said as consumers will be buying online the entire process is going to be "very seamless" and all those who choose financing should be able to avail of the option.

"They will be able to also get all the details in terms of what is the loan approval amount they have, what they need to do...Also, we have got very attractive financing options, with the EMI starting at just Rs 2,999 for S1...," he added.

When asked about the delivery plans for the scooters, Dubey said from September 8 onwards, people who have reserved can convert that to a purchase by paying the remaining amount and finalise vehicle variant and colour options.

"Then we will start deliveries for them from October onwards. We will be doing home delivery and we will actually take the scooters to their doorsteps," Dubey added.

When asked about the impact of the current semiconductor shortage on the company's ability to meet demand, he said, "It's definitely an evolving situation. Currently the timelines that we have given out factor in the various constraints."

As people keep converting orders into purchases, he said Ola Electric will update its customers about the waiting period on the basis of "where they are in the queue or when they have exactly purchased how many people purchased before them".

Ola Electric had opened pre-launch bookings of its electric scooters in July for Rs 499 and had received 1 lakh orders in just 24 hours but it has not disclosed how many orders it has received so far.

On August 15, the company announced its foray into the green mobility space with the launch of its first electric scooter, Ola S1.

The scooter comes in 10 colours with in-house development 8.5 KW motor and 3.97 kWh battery packs. Ola is setting up a manufacturing plant, spread across 500 acres, in Tamil Nadu.

The company had stated that it would initially start with 10 lakh annual production capacity and then scale it up to 20 lakh, in line with market demand, in the first phase.

When fully completed, Ola Electric had claimed that its plant would have an annual capacity of one crore units "that is 15 per cent of the world's entire total two-wheeler production".