Moreover, festive demand too does not seem to ring sales registers for the company. It expects single-digit growth in the festive season sales for the industry. 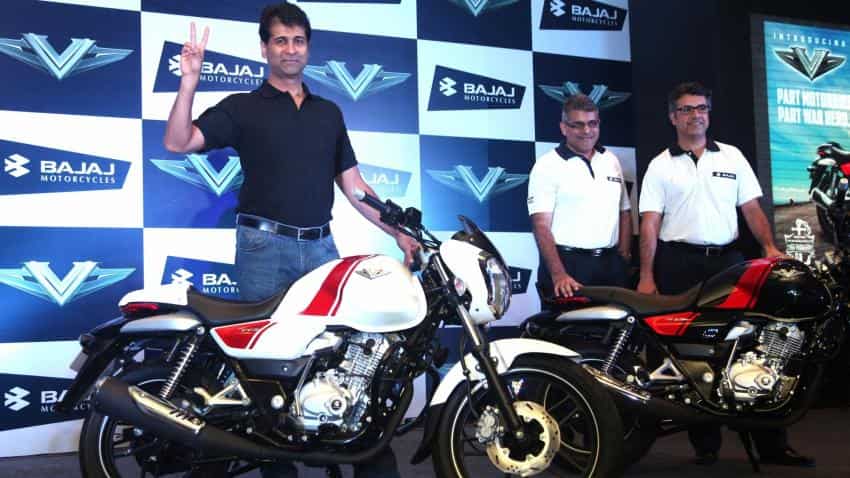 Bajaj Auto may have beaten market expectations by posting a 7% growth in its net profit for the second quarter ended September 30, 2016 but its sales are likely to remain poor in the third quarter with export too adding to the challenge.

Moreover, festive demand too does not seem to ring sales registers for the company. It expects single-digit growth in the festive season sales for the industry.

The company, in its post-result analyst call, said the festive season retail sales for the industry have been below industry expectations, thus the industry will have to either cut Q3 FY17 volumes and clear inventory or raise discounting, according to a Morgan Stanley report.

It added that export visibility remains poor and FY17 volumes could be 1.5 million to 1.6 million units, while three-wheeler growth should taper off post FY17.

The company did not respond to an email query from the Zeebiz team.

One of Bajaj's best selling bike the Pulsar has been losing share and was down 7% in H1FY17. Another worry is the growth being driven only by new launches, which limits growth visibility beyond the base effect, the report said.

Apart from this, the company has a lack of scooters, which has been seeing a high demand in two-wheelers. There is also a shift in premium bikes to Royal Enfield, which remains a long-term concern for the business, the report said.

On the three-wheeler front, while the growth was up 27% in the first half of FY17 due to new permits and the company's entry into the cargo segment. However, with a shift of consumers to cab aggregators, electric three-wheelers and limited visibility on permits means that growth could slow down in the coming years.

The only positive note was that Bajaj expects to sustain 20%-plus EBITDA margins and is gearing for another model cycle with a new V bike, a new 400 cc bike that could do 7000 units per month, and an upgrade of Pulsar range, said the report.

Morgan Stanley report further said that the company will not be able to achieve its guidance of 2.6 million unit sales.