Multi-purpose vehicles drive into the sunset as sales gradually decline

Honda Cars stopped production of the Mobilio after 3 years due to low sales. However, except for a few models the multi-purpose vehicle segment has seen low sales since the last few years. 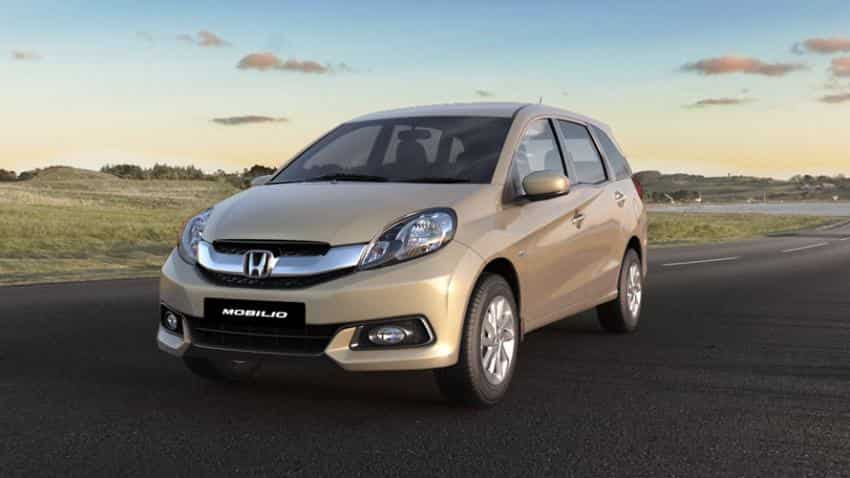 Honda Cars India recently discontinued its Multi-Purpose Vehicle (MPV) Mobilio in the Indian market three years after its launch. The company said in a DNA India report said that there has been an overall decline in the MPV segment for personal use which was a reason for the decline.

A Honda Cars India spokesperson quoted in the report said that the MPV segment has been largely driven by sales in the commercial segment and has been limited for personal use. In view of this they have decided to discontinue the sale of the Mobilio in India.

Honda had launched the Mobilio in 2014 to compete with the likes of Maruti Suzuki Ertiga, Renault Lodgy, Toyota Innova. However, it also competed with Mahindra Xylo, Chevrolet Tavera, Datsun Go Plus, Nissan Evalia, Chevrolet Enjoy and Maruti Suzuki Eeco.

However, Mobilio's top competitor was the Ertiga which is priced in the similar range.

The car's last recorded sales figure was in February 2017 where it sold only 63 units, according to data from the Society of Indian Automobile Manufacturers (SIAM). Prior to this, in January it sold just 151 units.

From sales of 3,365 units in July 2014 when it had just launched, Honda Mobilio's sales have declined gradually over the last three years. 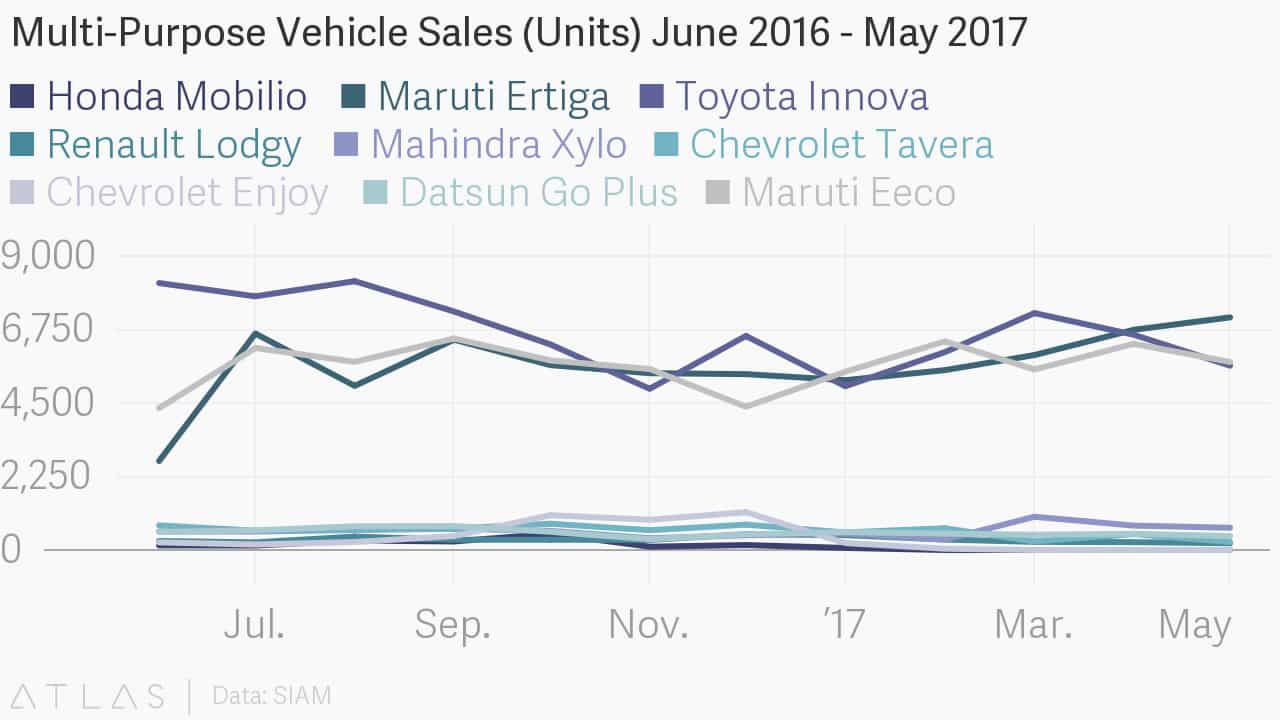 For instance, a year later in July itself the Mobilio's sales had dropped to 909 units. By July 2016 it was down to just 137 units.

With the exception of Eritga, Innova and Eeco all the other cars in the MPV segment have not managed to perform well. The Innova being in a much higher price bracket still continues to be a top contender in the segment due to higher specifications. While Eeco is much lower priced in comparison to the Mobilio and has managed to do well in sales.

As for both Chevrolet Tavera and Enjoy both these MPVs will be discontinued in the market soon as the General Motors exits the Indian market.

Chevrolet Tavera sold only 246 units in May 2017 registering a 66% decline in sales in comparison to the same month last year. A month earlier it had sold 487 units. It sold its highest in the last six months in December 2016 at 776 units.

Chevrolet Enjoy's sales has been even worse. The last recorded sales was in February 2017 where it sold just 40 units. A month earlier it sold 213 units.

Nissan had discontinued the sales of the Evalia. And the Datsun Go Plus recorded sales of just 425 units in May 2017 which was a 36.2% decline in sales. In the last six months its highest sales was in January 2017 when it sold 550 units.