Yamaha has designed the MT-15 in a way to provide for the thrill that today's generation riders tend to seek. 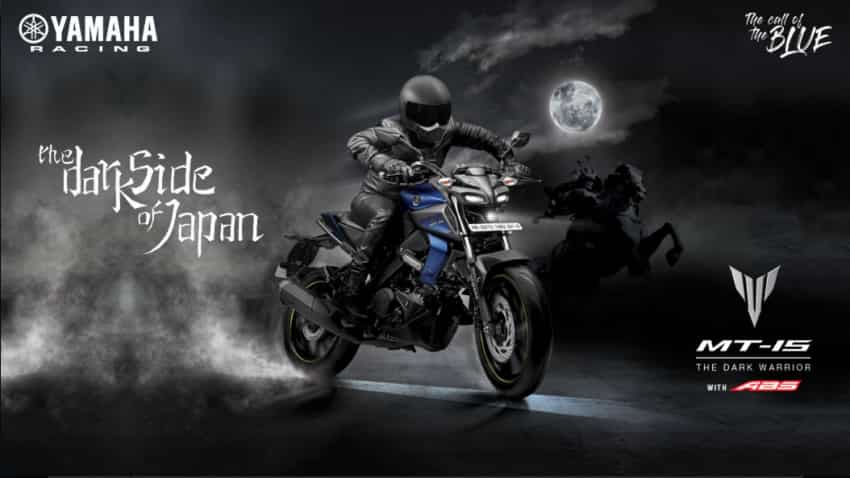 The body of the bikes is both aggressive and intimidating. Photo: Yamaha Official Website
Written By: ZeeBiz WebTeam
RELATED NEWS

The Ninja of all motorbikes is here, as Yamaha officially launches its MT-15, nicknamed 'The Dark Warrior' on Friday. Yamaha has designed the MT-15 in a way to provide for the thrill that today's generation riders tend to seek. The body of the bikes is both aggressive and intimidating. The bike is launched at a starting price of Rs 1.36 lakh.

Meanwhile, the variable valve actuation of the bike comprehends the rider's style hence to improve performance and mileage. This is a high-class VVA system that provides a smooth torque even at a low RPM.

The supreme single channel anti-lock braking system (ABS), enables the rider to make precise and safe brakes, devoid of wheel locking and skidding. This feature is even applicable to extreme slippery situations such as in monsoons.

In the rear, the MT-15 has a LED tail light which is super sleek and has an edge to it. The bike is additionally equipped with a multi-function negative instrument cluster with shift light indicator, VVA indicator, mileage indicator and a USB charging port, enhancing the overall appeal of the MT-15.

MT-15 is available in two colours: the metallic black and dark matt blue. It is coupled with complimentary accessories such as a tank pad, seat cover, mobile holder, polo shirts for the rider, a sticker and a key ring for the buyer.