Lionel Messi's magic fails to rub off on Tata Tiago during its first month of launch. 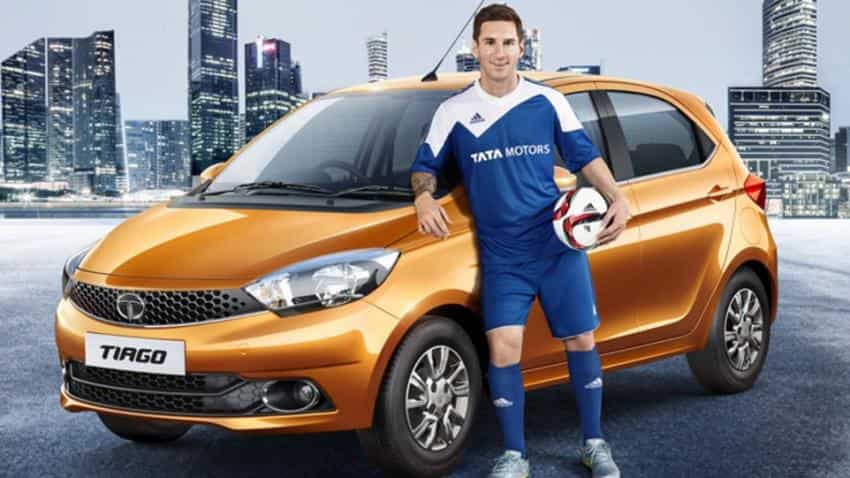 HDFC Bank waives off half of processing fee for Tata Tiago. Will it help?

Tata Tiago sales in the first month of launch has not been “Fantastico!”. The latest hatch launched by Tata Motors on April 6 has recorded on sales of only 3,022 units in its first month, according to data from SIAM.

This is considering Tata Motors spent heavily to promote the Tiago which includes roping in international football star Lionel Messi for the ad and even included a large marketing campaign during the launch. The company also created a special print ad campaign which gave people a virtual reality feel of the car, which cost Rs 6-7 crore.

The car got off to a bad start even before its launch as the cars former name 'Zica' was changed as it was similar to the name of the virus 'Zika' which affected several babies born in South America.

Tata Motors did not comment for the story as their quarterly results are expected on May 30, 2016 and the company is in silent period.

However, the B1 hatch segment has not being doing so well too. Except for Maruti Suzuki Celerio and Wagon R which recorded sales of 8,548 units and 15,323 units respectively in April 2016, others cars in the segment did not record high sales. For instance, Chevrolet Beat sold 555 units, Datsun Go sold 906 units and Tata Indica Vista sold 1,694 units in April.

Some of these cars had posted higher sales than Tiago in their first month. This includes Chevrolet Beat (launched in January 2010) sold 3,500 units in its first month and Maruti Suzuki Celerio (launched February 2014) sold 7,323 units during the month. Although sales figures for Tata Motors' Indica Vista were not available for January 2008 when it was launched, but by June 2009 the sales of Indica and Indica Vista had reached impressive 10,210 units.

Considering that Tata Motors' sales have almost flat since a year, with only marginal growth in monthly sales, this car was expected post sales similar to that of Tata Indica at the heights of its popularity.

In terms of price too Tata Tiago is not too high for its segment at Rs 3.20 lakh (ex-showroom Delhi). Other cars such as the Beat, Datsun Go and Celerio were also priced around the same at Rs 3.34 lakh, Rs 3.12 lah and Rs 3.90 lakh, respectively, when they were launched.

It remains to be seen whether Tiago's bad luck streak will come to an end and car sales pick up.

HDFC Bank waives off half of processing fee for Tata Tiago. Will it help?