The booking for the new Maruti Suzuki Dzire starts in the first week of May. 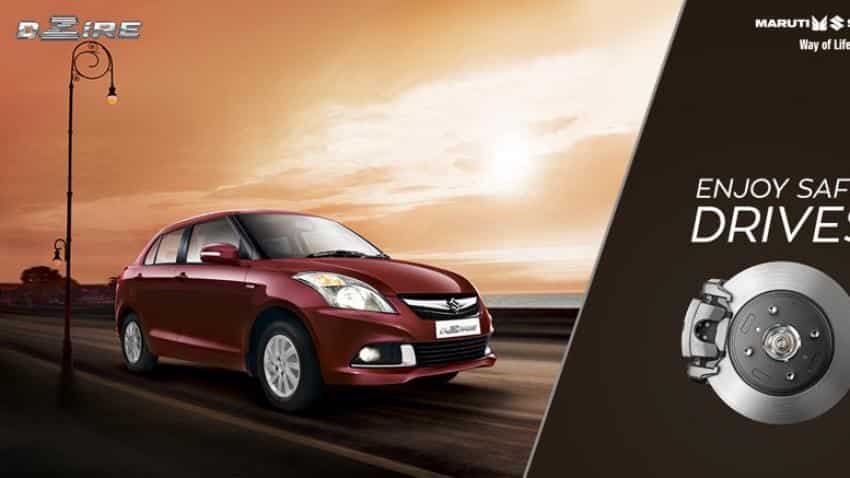 Maruti Suzuki has unveiled the new generation Dzire today at an even in New Delhi.

The latest version of the compact sedan has been one of the most anticipated launches during the year. The company has now dropped the 'Swift' brand name from the car, which marks a turning point in the car which has come to become one of the most successful models in its portfolio.

The booking for the new Maruti Suzuki Dzire starts in the first week of May. The car will be launched in May.

This is the 3rd generation of the Dzire and is made on 5th generation B-platform. The Dzire tour will continue to sell for taxi operators. It will be made from Manesar plant. The new Swift will also come in the same platform.

The new Dzire will compete with several new entries into the compact segment such as the new Tata Tigor and the Hyundai Xcent facelift. A few days earlier the company had released a teaser of the new generation Dzire and its new look.

Maruti Suzuki Dzire currently accounts for an average sales between 16,000 to 18,000 units per month. Even popular hatchback Maruti Suzuki Swift sell lower number of cars than the Dzire. The Dzire was first launched in 2008 and till now 13.81 lakh units sold and accounts 50% of total vehicle sale in entry level sedan market.

The only car to account for more sales than the Dzire among the Maruti Suzuki portfolio is the Alto. The two cars are the highest selling in the country.

So what can one expect from the next generation Maruti Suzuki Dzire?

For starters, the next generation Dzire will come with a completely new look. It has been designed with a hexagonal grille with a chrome strip around it. The front bumper and the headlamp will get a makeover. The company has changed the tail lamps at the rear. It will also sport a new projector headlamps, LED DRLs and redesigned alloy wheels.

Under the hood, the new Maruti Suzuki Dzire will come with the same 1.2 litre petrol engine that dishes out a power of 83BHP and 115Nm torque. The diesel engine is the Fiat-sourced 1.3 litre multi-jet engine which churns out power of 74BHP and peak torque of 190Nm.

The price of the new Maruti Suzuki Dzire is expected to be Rs 6 lakh for the base variant and Rs 9 lakh for the top-end variant.