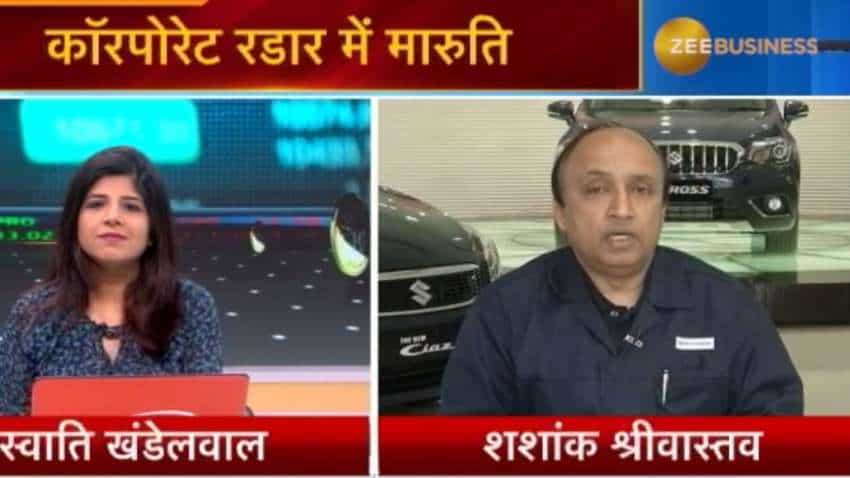 Q: December sales were in-line with a 3.5% rise in domestic sales and a 10% rise in exports. What are your initial indications for both with this kind of sales growth? Do you think you will some promising numbers in this quarter?

A: The industry including Maruti Suzuki has had negative growth in H1FY20, which stood around - (negative) 18 to 20%. But Maruti Suzuki has seen slight growth in the Q3 (October to December) numbers. When it comes to the competition then it has been a negative one in the industry, if Maruti Suzuki is kept aside, however, it has improved a bit in Q3 and retail sales has been a good one in December. This sale led to a reduction of stock levels that was lying with the dealers.

Q: Can we take this growth as an indicator of bottoming out for the entire auto sector?

A: It has been a normal growth and it doesn't depict the growth numbers of the industry, which is still negative. It has been negative for the industry in December as well and the slight positive signs were seen in the case of Maruti. Thus, I would like to say that conditions have become bit better but the actual growth can be judged only after observing it for some more time, nearly 2-3 months, to conclude that there is a positive change in the industry in relation to sales.

Q: December became the second month after 9 months that you were able to grow your production. What is your outlook for this year in terms of production growth?

A: ) Overall H1 was very negative so overcoming the entire negative area will be a hard task because the growth in Q3 is a very normal positive growth. Things are better but what will happen in Q4 is hard to guess right now because the prices of the BSVI vehicles being introduced by the competitors is very high, which is an issue because we will have to wait and watch the way the consumer react to it, which is hard to guess.

Q: What is your inventory level currently and do you see pre-buying happening in Q4FY20 before BSVI?

A: We had an inventory of 10 days at the start of the year and BSIV inventory has almost come to an end.

Q: What is the discount scenario right now?

A: The discount levels have decreased in January in comparison to December because we just had stocks for 10 days on January 1, 2020, which is a really small stock.
Q: Rural demand contributes almost 40% in your volume. What is the situation in rural demand?

A: Rural has a contribution of around 38% in sales. In the first half, the demand for rural and urban was equally negative but if we talk about Q3 then the rural growth was better than the urban growth. At the beginning of the year it seemed like the monsoon would go negative but when it ended the growth was +4% and we hope that the sentiments would change a lot after this and lead to an increase in demand.

Q: Diesel car constitutes about 23% of your total sales. Do you plan to introduce the BSVI version of diesel cars?

A: Your numbers are right as diesel has 22-23% contribution in our sales but it has gone down to around 20% in the last few months. We have already announced that we won't bring any more BSVI diesel cars in the market because the cost of conversion from BSIV to BSVI diesel is very high. That's why we feel the segment small diesel, where a customer is very price sensitive and they will not prefer for the diesel. This is why we have said that small diesel vehicles will not be launched. But, if we see high demand in big diesel vehicles despite the high price of BSVI diesel then we will think of coming out with big vehicles in BSVI diesel format.

Q: Tell us about the product pipeline that will get to see in 2020?

A: We don't provide forward guidance of the product but have already announced that BSVI-petrol version of Brezza and S-Cross will be launched in the next two months of Q4FY20.

A: We have already announced that there will be a price hike in January 2020 and it will be declared soon.