Maruti Suzuki India on Sunday reported a 32.7 per cent decline in its total vehicle sales in August 2019 on a year-on-year (YoY) basis. 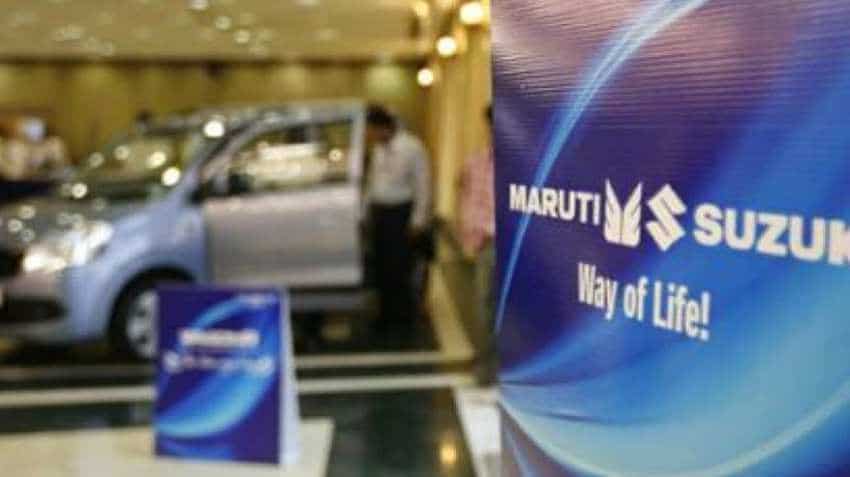 Maruti Suzuki India on Sunday reported a 32.7 per cent decline in its total vehicle sales in August 2019 on a year-on-year (YoY) basis. The company sold a total of 1,06,413 units, including exports, last month, compared to 1,58,189 vehicles in August 2018, Maruti Suzuki said in a statement. Out of the total sales, domestic sales fell nearly 36 per cent to 94,728 vehicles. Domestic passenger vehicle sales were down 36.1 per cent at 93,173 units from 1,45,895 vehicles during the corresponding period last year. 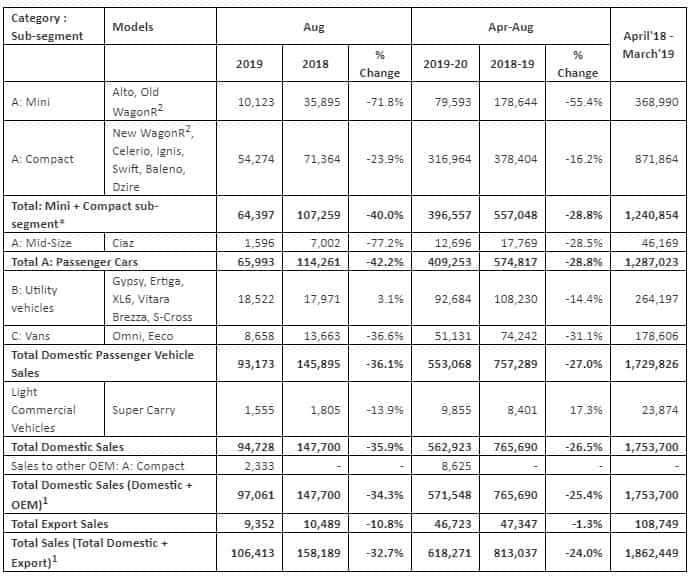 The only positive movement in Maruti Suzuki`s sales record for August could be seen in the utility vehicles segment comprising of the models -- Gypsy, Ertiga, XL6, Vitara Brezza and S-Cross. Total sale of utility vehicles were up 3.1 per cent in August 2019 at 18,522 units, the statement said.

In the past few months, all major automobile makers in the country have reported a massive decline in domestic sales across segments, such as passenger, commercial, two and three wheeler vehicles, largely due to the liquidity crisis, high Goods and Services Tax (GST) rate and the regulations for transmission from BS-IV to BS-VI norms.