The new sporty Ciaz S comes with a lot of modifications to the exterior and comes with the top-end engine specifications of the Ciaz. 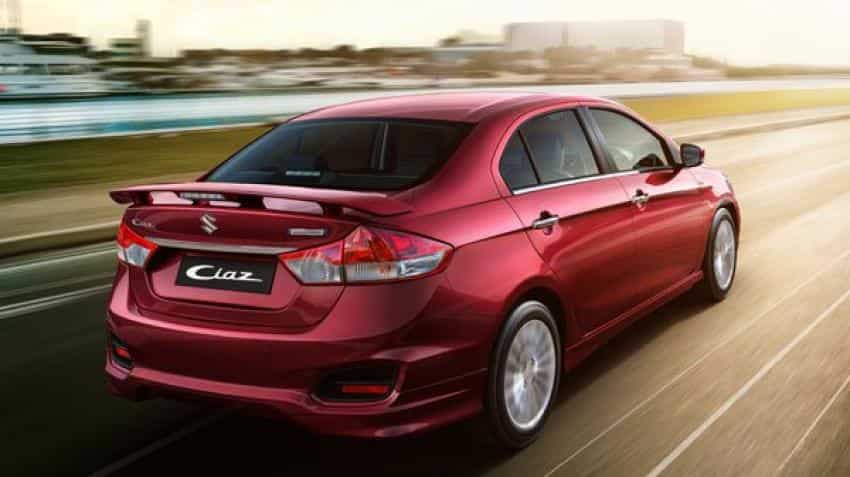 Maruti Suzuki on Thursday launched a new sporty version of its popular sedan the Ciaz at a starting price of Rs 9.39 lakh (ex-showroom Delhi). The car is named as Maruti Suzuki Ciaz S and comes a lot of changes to its exterior.

The new Ciaz S has a larger rear spoiler and a rear bumper with sculpted lines. The colour options remain the same as with the older Ciaz variants.

The new Ciaz S has specification based on the Alpha trim which is the top variant of the car. This includes features such as a touchscreen infotainment system with Apple CarPlay and Android Auto, automatic climate control, cruise control, among others.

Besides this, the new Ciaz S interiors come in stylish all-back with leather upholstery and chrome accents for the cabin.

In terms of safety features, it includes dual airbags, seat belt pre-tensioner with force limiter, ABS with EBD and ISOFIX, which is child seat restraint system.