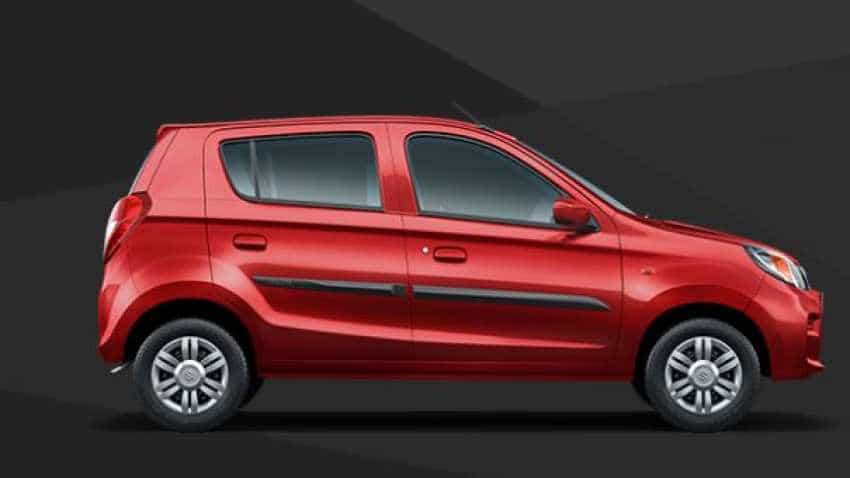 Maruti to raise vehicles prices by up to 2% from January

Unveiling the updated version of Alto 800, MSI Senior Executive Director (Marketing & Sales) RS Kalsi said, "With cumulative sales of over 3.7 million since its launch in 2000, Alto has been a symbol of pride for Indian car users. Nearly 58 per cent of Alto customers chose it as their first car purchase."

If we look at price of the new Alto 800 variant, it has gone up by at least Rs 30,000 in Delhi as compared with the outgoing version. The new Alto 800 would now be available in three variants priced at Rs 2.93 lakh, Rs 3.5 lakh and Rs 3.71 lakh respectively. Notably, the earlier models were priced between Rs 2.63 lakh and Rs 3.93 lakh (ex-showroom Delhi). Maruti Suzuki stated that the Alto 800 facelift also complies with upcoming crash and pedestrian safety norms.

According to AutoCar, the Maruti Suzuki Alto 800 facelift has been equipped with futuristic safety norms. The Alto 800 now gets a driver’s airbag, ABS with EBD, rear parking sensors, a driver and co-driver seatbelt reminder alert system besides a speed alert system.

Since dual airbags are now standard with the top VXI variant, buyers can opt for a passenger airbag on the STD (O) and LXI (O) variants also. The Alto 800 STD (O) is priced at Rs 2.97 lakh, while the LXI (O) is priced at Rs 3.55 lakh, which is an increase of roughly Rs 4,000 for an additional airbag, said the report.

The Maruti Suzuki Alto 800 also sports a revised exterior with a grille finished in black, a new front bumper and a fully redesigned dashboard, while its air-conditioning, power steering and front power windows are available merely for the LXI variant onwards, said the report. Notably, the top VXI variant gets central locking, keyless entry and a music system with Bluetooth connectivity.

Since its launch in 2000, Maruti Suzuki India has sold over 3.7 million units of the Alto 800 model. Earlier this month, the auto firm also upgraded Alto K10 with various safety features leading to a price increase of the model by up to Rs 23,000 in Delhi/NCR.

Maruti to raise vehicles prices by up to 2% from January