Mahindra XUV500 Rebooted: Check out the new 'cheetah' in the urban jungle

The 2018 model is certainly sweeter on the eye. Or maybe, it’s just nice to see a newer ‘cheetah’ in the urban jungle. The biggest change is the front grill which loses the vertical slats in favour of a mesh. The rear is more patterned than earlier but needs a keen eye to be noticed. 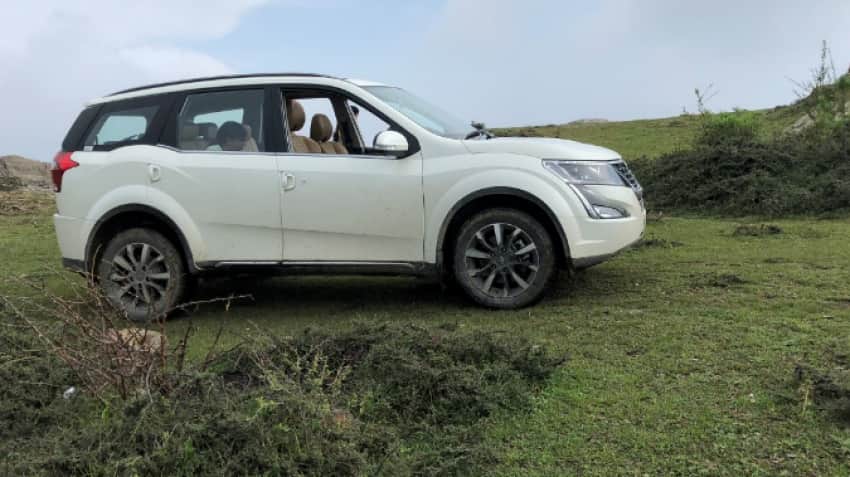 The XUV500 with its all-wheel drive is every boy’s dream come true. Just like a toy you want to play around with. It had no problems traversing the high-altitude meadows of Chakrata (Uttarakhand). Image source: Zee Business
Written By: Nand Kumar Nair
RELATED NEWS

Things looked very bad on the Google traffic app. The road was a deep crimson for the next few kilometres. The shoulder along the highway wasn’t too inviting either. It had just rained and the very uneven surface was peppered with deep water-filled potholes. The slippery clay made the shoulders even more unsuitable for a car. However, mine wasn’t a car. It was a Mahindra XUV500. An all-wheel drive (AWD) model with 18-inch rims, salivating for a spin on the slippery surface. In short, I made it to my destination much before those stuck in the long traffic jam.

XUV500 Rebooted
The 2018 model is certainly sweeter on the eye. Or maybe, it’s just nice to see a newer ‘cheetah’ in the urban jungle. The biggest change is the front grill which loses the vertical slats in favour of a mesh. The rear is more patterned than earlier but needs a keen eye to be noticed.

The interiors are a different story. You notice the very different, ‘plusher’ seats as soon as you open the door. They look inviting, they are firm, they are very well padded. Surprisingly, those in the front are not comfortable. The under-thigh support is missing and a long drive leaves you with some aching joints. The middle seats are better – more spacious, more comfortable. However, if you’re going to purchase the XUV for its 7-seat configuration, hold your horses. The 3rd row is only for kids and it leaves no space, absolutely no space at all for luggage. I couldn’t even fit a small duffel bag in the room behind the 3rd row. So, if you are looking to fit a large family, get an overhead carrier installed. 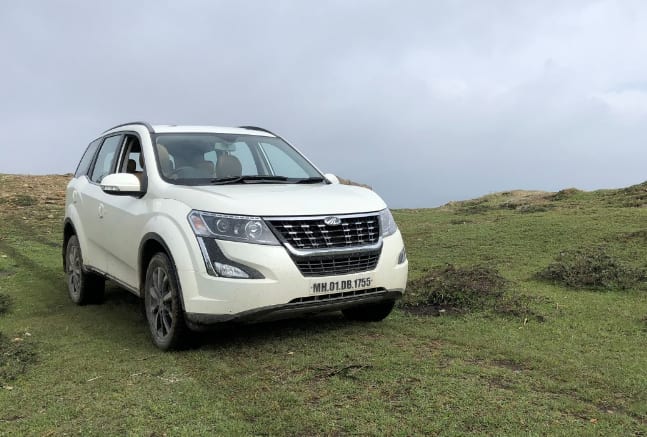 Cons – W11 (O) AT
+ Harsh engine, lack of proper sound dampening
+ Front seats uncomfortable, lack under-thigh support
+ Opening up the 3rd row leaves absolutely no space for luggage
+ Very crowded centre console, too many buttons
+ Controls are not intuitive, you’ll have to learn how to operate them
+ Touchscreen not very responsive
+ No cubby-holes in the front doors to keep change
+ Not easy to shut front doors from inside. Too much ‘torque’ needed
+ No auto dimming rear view mirror even on the top variant
+ No Apple Carplay 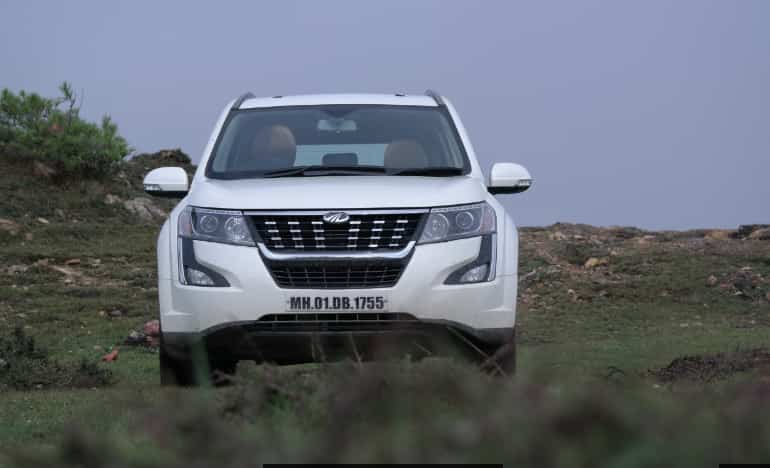 All-Wheel Drive
The XUV500 with its all-wheel drive is every boy’s dream come true. Just like a toy you want to play around with. It had no problems traversing the high-altitude meadows of Chakrata (Uttarakhand). There was some skid on the wet grass but the ‘cheetah’ remained sure-footed. The hill-hold assist and the hill descent control make driving in the rough easy even for an average driver. I also succumbed to a little guilty pleasure in watching others with their 2WD vehicles observe us with envy as we climbed small hillocks and disappeared across the top with ease. The ground was soft and soggy with rain water but the XUV’s all-weather tyres had no problem gripping and clawing their way ahead.

The vehicle also breezed through remnants of landslides on the hilly highway. The basic takeaway was that the XUV will take you anywhere as long as you aren’t stupid. Stupid enough to treat it like a proper offroader.

Auto Power
The automatic transmission is available on nearly all diesel variants of the XUV. It’s worth the Rs 1.20-1.50 lakh mark up. The 6-speed auto ensures timely and smooth gear changes. The transmission even passed the ‘mountain road’ test. I believe hilly roads tend to confuse most auto gearboxes which can’t seem to understand when to shift gears. Another of my beliefs is that the auto box reduces the car’s wear and tear because most drivers do not shift properly. The vehicle returned a mileage of 11.12 kmpl in a mix of highway, city and mountain driving with about three hours of traffic jams thrown in.

Hard Drive
The XUV drives like a dream on the newly constructed highways slowly criss-crossing our nation. In the plains as well as on mountain curves. It takes most bumps in its stride and feels stable even at high speeds. The AWD is a big advantage where tarmac disappears. It’s only at slow speeds where you wish you were in a nimbler vehicle. Despite a light steering wheel, the XUV feels bulky. The 155-hp mHawk diesel engine sounds harsh. The sound that hard acceleration produces makes you want to be kinder to the vehicle. Good sound dampeners would have worked wonders.

The suspension is typical SUV. Keeps the balance but makes you feel every inch of the rumble strips!

Button Cluster
What also hits you hard is the centre console with its infinite number of buttons. It looks no less complicated than a Boeing cockpit. It’s easy to get lost in there. Interestingly, several buttons are nothing but duplication of what can be done on the touchscreen. The touchscreen itself is not the easiest to use. Icons are small and its often a fight to press the ones in the corner.
Watch this Zee Business video

What’s a boon is the twin USB ports in the front console which provide enough juice for our thirsty gadgets.

Final Word
The XUV has been in the market for nearly 7 years and has its own legion of fans. It sells decent numbers each month. However, a price tag of Rs 17-22 lakh puts it in contention with Jeep Compass, Tata Hexa and Toyota Innova. Each of these newer competitors offer a smoother ride and a better fit and finish. Mahindra has upped its game with the 2018 XUV500, the more powerful engine gives it a much-needed booster but small niggles still keep the ‘cheetah’ from being the buyer’s first choice.