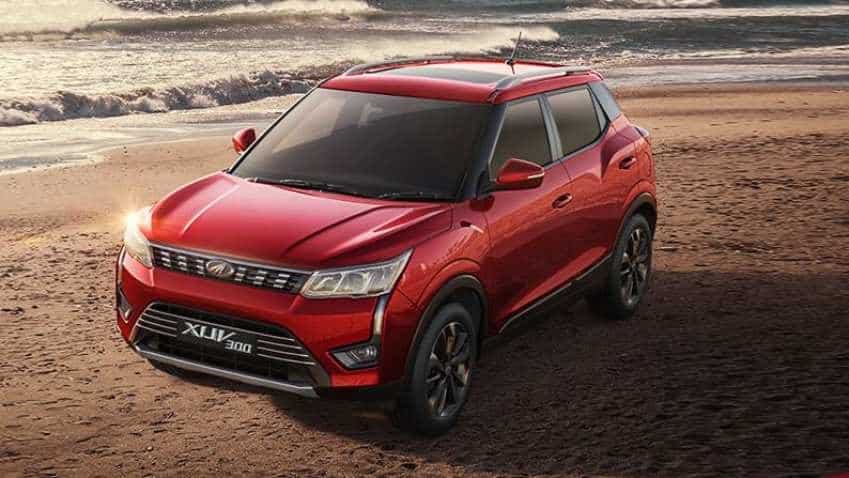 Auto major Mahindra & Mahindra has stated to have received over 26,000 bookings for XUV300, which has been launched in February 2019. This Mahindra vehicle hit the roads with an initial price tag of Rs 7.90 lakh for petrol and Rs 8.49 lakh for diesel variants. The vehicle is stated to have become the second-highest selling sub-4 metre SUV in April. Notably, the XUV300 became the second best selling SUV in India, the same month it was launched, pushing down its competitors, Tata Nexon and Ford EcoSport. However, the Nexon has retaken the second spot, leaving 3rd place for the XUV300, according to reports.

Commenting on the bookings milestone, Veejay Ram Nakra, Chief of Sales & Marketing, Automotive Division, Mahindra & Mahindra Ltd. said, "We are thrilled with the XUV300 receiving over 26,000 bookings in just over two months since its launch. Consumers are finding the XUV300 to be an exciting and comprehensive package that offers thrilling performance, first-in-segment safety features and head-turning design, which is reflected in these impressive booking numbers. It is also encouraging to see that a substantial number of bookings are for the petrol variant. As a customer centric organization, we are constantly working to keep the waiting period at a minimum and to get our customers their XUV300s as soon as possible. I am sure that the XUV300 brand will grow from strength to strength in the years to come."

Further, it also boasts of some first-in-segment features including dual-zone climate control, a sunroof, front parking sensors along with rear ones besides an auto-dimming inner rear view mirror. Driving modes to change the weight of the steering is a key feature with Mahindra XUV300, but lack of AC vent at the rear has hit its novel features.

Mahindra XUV300 is offered with two engine options including a 1.2 liter-3 cylinder turbo charged petrol unit with 112 Bhp-200 Nm, and a 1.5 liter-4 cylinder turbocharged diesel unit borrowed from the Marazzo. Both the engines get 6 speed manual gearboxes that drive the front wheels of the SUV.

With its performance, the XUV300 is best-in-segment safety features, said the company statement, adding that its "head-turning design, first-in-segment hi-tech features and class-defining interiors, is one of the most exciting SUVs on Indian roads."

The XUV300 shares its platform with the SsangYong Tivoli which is a globally successful product that has sold over 2.6 lakh units in 50+ countries since its launch in 2015.

XUV300 Review: What all this Mahindra SUV offer? Check its performance on features, engine, looks, design and tech innovations