From April 1, 2019, Datsun GO and GO+ will become more expensive, as Nissan India has announced to raise the prices of both the models by up to 4 per cent. 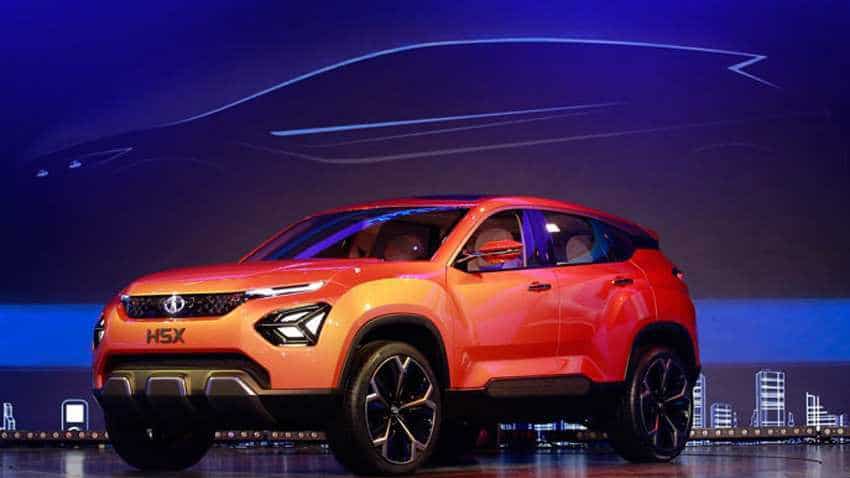 Tata Motors has also announced to increase prices across its model range by up to Rs 25,000 from April 1, 2019, following the rising input costs and other unfavourable economic conditions. Image source: tatamotors.com
Written By: ZeeBiz WebTeam
RELATED NEWS

With the closing of financial year 2018-19 on March 31, a few things have changed. The new fiscal seems to cost more to those who are willing to own a vehicle of their choice as auto majors like Nissan, Mahindra and Datsun have decided to raise prices of their cars. Citing rising input costs as the primary reason for the price hike, Nissan would go for price hike, while Mahindra's entire vehicle portfolio would see price hike by 0.5 to 2.7 per cent.

From April 1, 2019, Datsun GO and GO+ will become more expensive, as Nissan India has announced to raise the prices of both the models by up to 4 per cent. Nissan took this decision in the wake of announcements made by Mahindra, Tata Motors and Renault. Hardeep Singh Brar, Director Sales and commercial, Nissan Motor India stated that "Datsun believes in offering accessible and value-for-money products powered by Japanese engineering. With the rise in input costs and several economic factors, we are making a nominal price adjustment to our Datsun GO and GO+ models."

The Datsun GO and GO+  facelift were launched in 2018 by Nissan. The top variants of 2018 Datsun GO and GO+ sported a touchscreen infotainment system along with the segment first features including Daytime Running Lights and Vehicle Dynamic Control.

Mahindra's entire vehicle portfolio would witness price hike by 0.5 to 2.7 per cent with the new fiscal, as the auto major stated that increase in price comes as a result of rising commodity prices and “regulatory requirements” coming into effect from April 1, 2019. According to Mahindra, the price hike will range from Rs 5,000 to Rs 73,000 and the same will applicable for commercial vehicles also.

Through company's statement on March 28, Rajan Wadhera, President Automotive Sector, M&M Ltd., said, “This year has seen record high commodity price increases. Further there are regulatory requirements effective April 1st that have also led to cost increases. While we have made efforts to reduce our costs, it has not been possible to hold back the price increase. Consequently we are taking a price increase from April 1, 2019.”

Mahindra also announced that it plans to focus on making SUVs and won’t be bringing in any new sedan with either petrol or diesel power. The auto firm has eight SUVs in its portfolio that clash with four segments of sedans starting from Dzire to Skoda Octavia. The only Mahindra sedan on sale as of now is the Verito, which is available in diesel as well as electric version.

On March 25, Renault India has also announced a price hike of up to three per cent on the Kwid range. Currently, Renault Kwid starts at Rs 2.66 lakh (ex-showroom, Delhi). Renault India said in a statement, "The price increase is on the account of rising input costs." The company has reportedly sold 2.75 lakh units of Kwid ever since it was launched in 2015.

Tata Motors has also announced to increase prices across its model range by up to Rs 25,000 from April 1, 2019, following the rising input costs and other unfavourable economic conditions. Mayank Pareek, President, Passenger Vehicle Business Unit, Tata Motors, has stated "The changing market conditions, rising input costs and various external economic factors have compelled us to consider this price increase. We are confident of maintaining our growth trajectory in the coming months on the back of our robust portfolio consisting of segment-leading products like Tiago, Hexa, Tigor, Nexon and Harrier."