The company said its fifth generation LS500h model will be available in three variants from April onwards.  The car is powered by 3.5 litre petrol engine combined with a 310.8kV lithium ion battery system. It can accelerate from 0-100 kmph in 5.4 seconds. 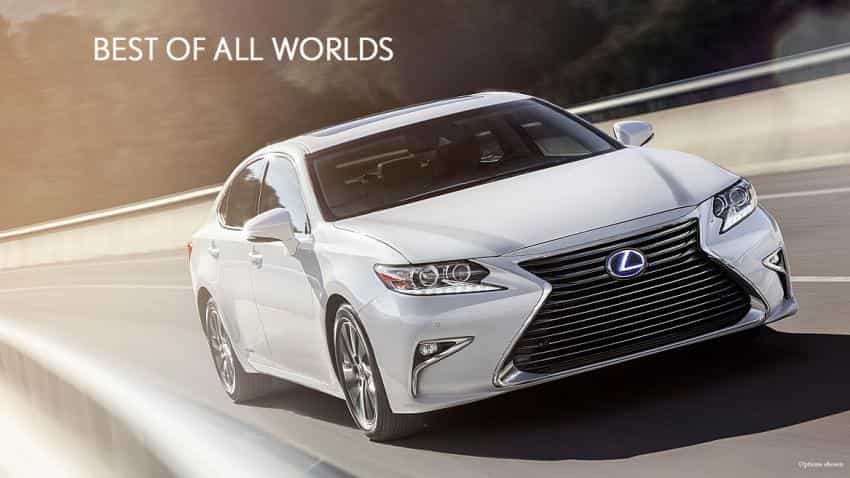 The company, which entered the Indian market last March, said it is looking at the possibility of assembling its vehicles locally by leveraging on parent Toyota's facility in Bengaluru as an option.

It also made a strong pitch to the government to provide support to hybrid vehicles in India's journey towards full electric vehicles.

"There is a lot of opportunity in the Indian luxury vehicle market, which is among the biggest in our region. We are looking towards growth trajectory here," Lexus Asia Pacific Division Executive Vice President Vince Socco told PTI.

When asked if the company would consider assembling its vehicles here, he said that at present it is studying the option, but would be difficult to put a timeline to it. "Globally, outside of Japan we have two manufacturing facilities, one each in Canada and the US, which accounts for 50 per cent of our total global sales, " Socco added.

For the Indian market, he said a lot would depend on sales volumes and availability of local components among others being key factors.

"It is difficult to say right now as we've been here for only around 10 months, but yes that's a potential option," he said when asked if Lexus could use Toyota's manufacturing facility in Bengaluru.

The company said its fifth generation LS500h model will be available in three variants from April onwards.

The car is powered by 3.5 litre petrol engine combined with a 310.8kV lithium ion battery system. It can accelerate from 0-100 kmph in 5.4 seconds.

"We have been concentrating on building the brand and awareness among customers since our entry to India last year. We are happy with the response and are confident that the new LS500h will attract more customers," Lexus India chairman N Raja said here.

The vehicle is BS-VI compliant and delivers a fuel economy of 15.38 kmpl, the company said. It is the company's fifth model in India.

Raja said the company would continue to engage with the government to support hybrid vehicles as they formed the bridge towards full electric vehicles when there are infrastructure constraints.

Expressing similar views, Socco said,"Hybrid is today's eco-friendly technology solution. We don't have to wait for all the infrastructure to come up for full electric vehicles."

However, in the second round of rate revision when the hybrids were left untouched while taxes on other luxury vehicles were increased, hybrid sales began picking up, he added.