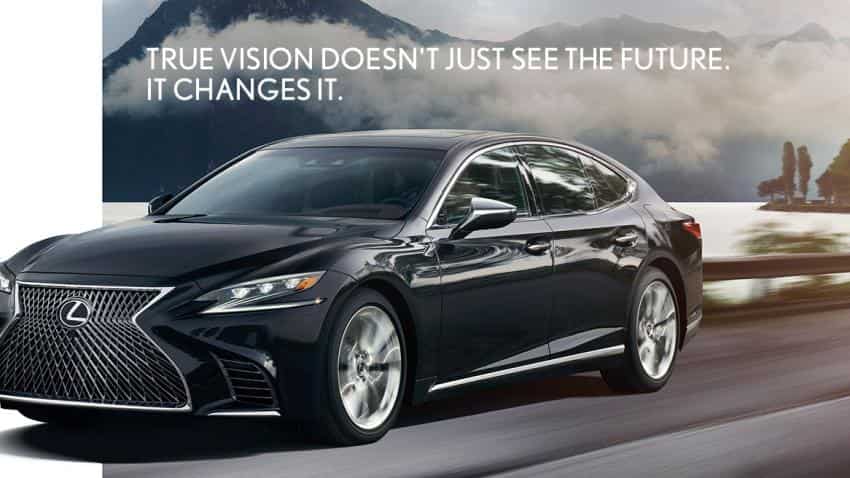 Lexus, the luxury division of Japanese car major Toyota, has launched the company's hybrid LS500h in India at Rs 1.8 crore. The top version of the luxury car is priced at over Rs 1.9 crore.

The long-wheel base hybrid model is powered by a 3.5-litre petrol engine combined with a 310.8kV lithium-ion battery, delivering more than 15 kms to a litre in a BS6-compliant vehicle, said a Times of India report.

According to the report, the multi-stage hybrid system offers greater efficiency with an amalgamation of the electric motor and a simulated 10-speed automatic transmission that enables precise shifts.

“We are thrilled to be adding the LS500h to our line-up here. When we think of the exacting standards of the most discerning Indian car owners, we are confident the new LS will impress and delight — through its design, its performance, and the efficiency of the world’s first multistage hybrid system,” Lexus India chairman N Raja said told TOI.

The luxury car also boasts of special features like 1,022mm of legroom, which is complemented by the comforts of Shiatsu massage technology; heating functions and Ottomans in the rear for added comfort.

The Japanese company, which entered the Indian market in March 2017, reported stated that it is looking at the possibility of assembling its vehicles locally by leveraging parent Toyota’s facility in Bengaluru as an option.

The auto company has also made a strong pitch to the government to provide support to hybrid vehicles in India’s journey towards fullelectric vehicles, the repport said.