After many years of volume declines, the German car major had posted a robust 25 per cent volume growth in 2017, creating 9,800 new customers. The numbers include those sold under the BMW and the Mini brands. 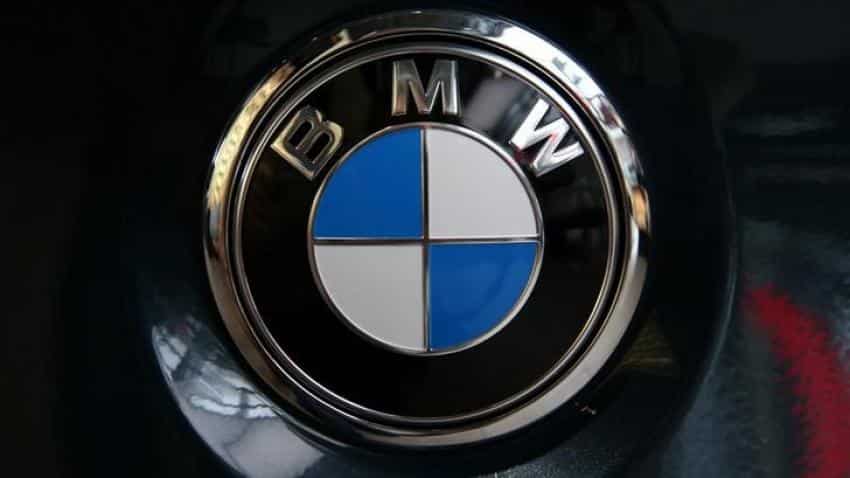 BMW unveiled its electric car i3s and hybrid vehicle i8 Roadster along with a slew of other top-end models at the Auto Expo 2018. Image source: Reuters
RELATED NEWS

The second largest luxury car-maker BMW India hopes to maintain the high double-digits growth it had recorded in 2017 this year as well, but has made it clear that they are not chasing the top slot for some more time here, something it lost out to compatriots Audi and then Mercedes since 2012.

After many years of volume declines, the German car major had posted a robust 25 per cent volume growth in 2017, creating 9,800 new customers. The numbers include those sold under the BMW and the Mini brands. BMW alone clocked 9,379 units.

"I am not chasing the No 1 slot now. That should come on its own in due course. But if no more surprises are in the store like we had from government and the judiciary and also from the economy in the past two years, I am sure we will maintain the double-digits growth this year," BMW Group India president Vikram Pawah told PTI.

It can be noted that while 2015-16 was marred by the Supreme Court imposed diesel ban in the Delhi NCR region, the note ban in November 2016 ensured that the next seven months were also wasted years.

And when finally the GST benefits and the resultant spike in volumes turned out to be really short-lived as with in two months the government jacked up the cess on luxe cars by an additional percent to 50. Yet the first quarter in the post gst regime had done for the industry as their Volumes spiked almost 40 per cent.

Pawah based his optimism to the product offensive the company has planned in the country with seven new models launched at the ongoing Auto Expo. Most of these new introductions will be locally assembled at the Chennai plant.

"We have had the biggest productive offensive in our history here in this market at the 14th Auto Expo,"he noted.

"We are also focusing a lot on our lending arm-- BMW Financial Services?to get more customers and serve them better. Already 75 per cent of our sales are financed," he added.

On the dealership expansion, as he plans it big here, Pawah said they will add seven more dealers by 2020 taking the total to 50 by then. In the medium term, the company will increase the outreach of its mobile service/sales unit to 50 cities shortly.

Terming the Budget and the duty hike on luxe cars as "very disappointing" he said however the company will not pass on the duty hike to customers till end March.

"We will look at passing a portion of the duty hike from April,"Pawah said.

BMW unveiled its electric car i3s and hybrid vehicle i8 Roadster along with a slew of other top-end models at the Auto Expo 2018.

It also launched Series Gran Turismo Sports Line that will be priced at Rs 58.90 lakh as well as M5 that will carry a price tag of Rs 1,43,90,000 (ex-showroom). Besides, it unveiled its five-seater sports activity vehicle Mini Countryman and two motorbikes 'F 750 GS' and 'F 850 GS'.