There is good news for the motorcycle enthusiasts! Kawasaki will start a Retrovolution in 2022 with the introduction of the new Z650RS. 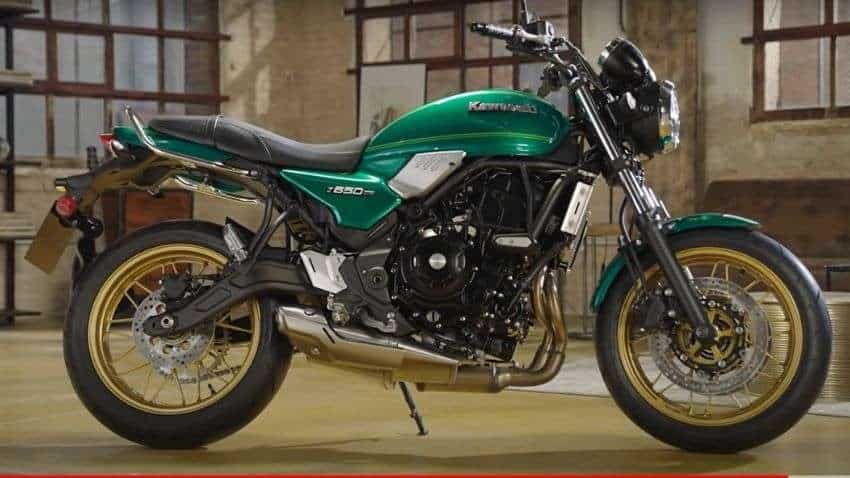 Kawasaki will start a Retrovolution in 2022 with the introduction of the new Z650RS. Source: Kawasaki Motors YouTube

2022 Kawasaki Z650 RS: There is good news for the motorcycle enthusiasts! Kawasaki will start a Retrovolution in 2022 with the introduction of the new Z650RS. Kawasaki has also posted a number of videos on this 200 Kawasaki Z650RS on its official YouTube channel recently.

According to kawasaki.uk.co.in, this new motorcycle from Kawasaki is targeted at younger riders and those in the early stages of their riding career. In addition to that the Z650RS is predicted to also appeal to those who fondly recall the launch of the iconic 'son of Z1' Z650-B1 in 1977. The delicate balance of old and new, retro and current has been expertly achieved by the Kawasaki design team with clever Z references abounding.

The new model is an updated version of Kawasaki’s venerable 649 cm3 water-cooled, parallel twin engine used in both the current Z650 and Ninja 650 models. As per kawasaki.uk.co.in, this motorcycle will be available from November 2021. However, the date from which this model will be available in India has not yet been officially announced by the company.

Focusing on suspension, the front duties are undertaken by ø41mm conventional forks with Kawasaki’s highly rated horizontal link rear suspension acting on a shock that is adjustable for pre-load. Braking is care of dual twin piston front calipers acting on retro-style 300mm round disc rotors instead of Kawasaki’s customary petal style rotors while at the rear a single piston brake acts on a 200mm rotor all assisted by Bosch advanced ABS.  Tuned in the case of the Z650RS for low and mid rev response, plus characteristic invigorating high rev performance, the engine is rated at 68 PS  (50.2 kW).

All is not done yet! A round, LED headlamp lights the way while the dual analogue style “artillery shell” shaped meters include a digital centre panel.

As per kawasaki-india.com, the price of Z650 starts at Rs 6,24,000 (ex-showroom price). However, the price of 200 Kawasaki Z650 RS in India has also to be officially announced by the company.