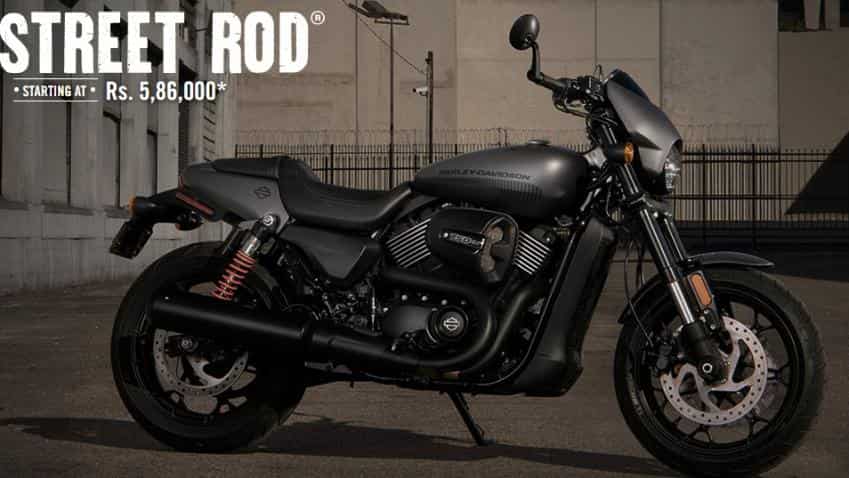 India imposes a 100% import duty on the Amercian motorbikes, popular for a customisation that gave rise to the chopper-style motorcycles. Image of Street Rod. Image Source: Company website
Written By: PTI
RELATED NEWS

If India lowers the 100 % tariffs imposed on the popular American Harley Davidson motorcycles it could result in more foreign investments in the country, a top White House trade official has argued.

"If India agrees to lower its tariffs on Harley Davidson motorcycles, Indian consumers will buy more Harleys and save less while Harley will sell more Harleys and invest more," Peter Navarro, Director of White House National Trade Council, said in a letter to the editor to The Wall Street Journal.

"Truly fair and reciprocal trade between the US and its trading partners, rather than the perpetual turn of the screw we receive now, will lead to a thousand similar kinds of adjustments as our bilateral trade deficits fall and savings and investment patterns adjust," Navarro added in the letter published yesterday.

He wrote the letter in response to the debate that his op-ed piece on March 6 in the daily had generated.

He had argued that if the US uses leverage as the world's largest market to "persuade" India to reduce its "notoriously high tariffs" America will surely sell more Harleys there.

India imposes a 100% import duty on the Amercian motorbikes, popular for a customisation that gave rise to the chopper-style motorcycles.

US President Donald Trump had flagged the high tariff issue in his address to the joint session of the Congress, during which he said he will raise the matter with New Delhi.

The financial daily in an editorial a few days after the March 6 op-ed had slammed Navarro for arguing that trade deficits are so economically harmful that US should seek to eliminate them.

"This bad idea has been gaining adherents, so perhaps it's time for a tutorial on trade and the wealth of nations," it said, adding that the Trump administration should focus on policies that restore the economy to its 3 % annual growth trend. "If growth is fast enough, and incomes are rising, no one will care about the trade deficit."