Hyundai Verna anniversary edition priced at between Rs 11.69 lakh and Rs 13.03 lakh (ex-showroom Delhi) was launched on Friday by the South Korean automaker. 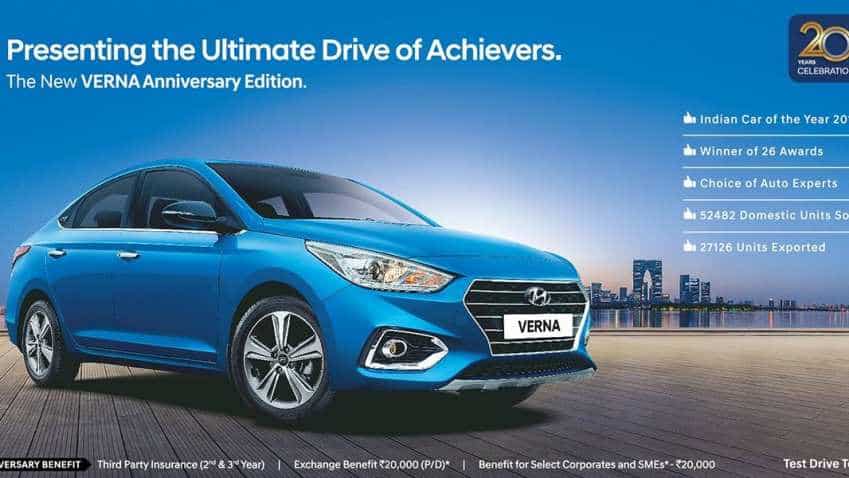 Hyundai Verna anniversary edition priced at between Rs 11.69 lakh and Rs 13.03 lakh (ex-showroom Delhi) was launched on Friday by the South Korean automaker.

This anniversary edition of Hyundai Verna will be limited to 1,000 units based on single trim SX(O) in petrol and diesel engine variants. The vehicles will come with manual transmission and automatic transmission options, HMIL said in a statement.

The features that would be included in the new Hyundai Verna are wireless phone charging, front and rear skid plate and rear spoiler, among others, it added.

HMIL MD and CEO Y K Koo said, since its launch in August last year, the Next-Gen Verna has received good response from the market.

The company's endeavour is to delight customers and make the car even more aspirational with the anniversary edition, he added.