Hyundai to increase Creta production by 20% to meet rising demand

Hyundai is planning to increase the production to 12,000 units from June this year 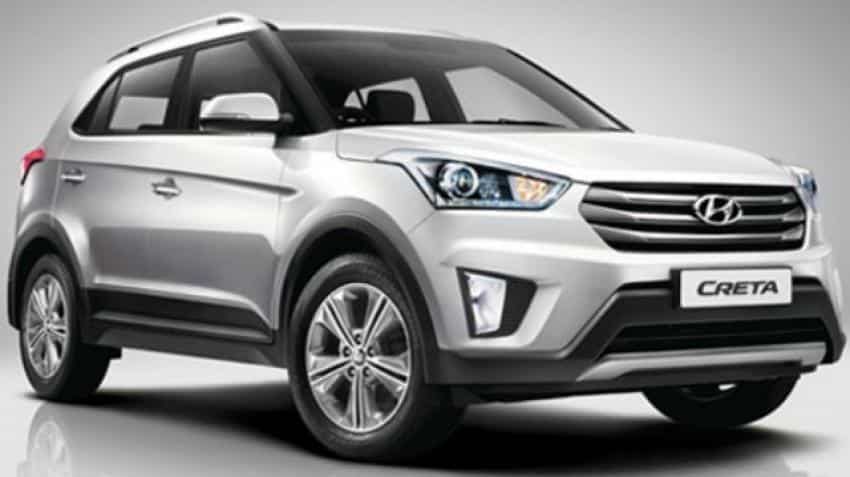 Biggest investment ever! Hyundai, Kia invest over Rs 2,000 crore in Ola - From India-specific EVs to infra, all details here

The country's second largest carmaker Hyundai on Wednesday said it will increase production of its newly launched Creta by 20% to 12,000 units per month to meet rising demand.

Hyundai India MD and CEO Y K Koo said the company also plans to transform itself as a "modern premium brand" in the country and expects to register a growth of 6-8 per cent this year.

Koo further said Creta, which was launched in July last year, got overwhelming response with over one lakh bookings and 68,000 deliveries till March end.

"Within eight months from the launch, Creta touched more than one lakh bookings and 68,000 units were sold till March end. We are touching 8,000 units sales on an average in a month with waiting period ranging from two to two-and-half-months," he said.

"We are planning to increase the production from June this year. Right now, 10,000 units of Creta are produced, about 8,000 units for domestic market and rest is exported.

"We are going to increase the production of Creta by 20% to meet the customer expectation," Koo told reporters here on sidelines of the launch of four new dealerships, including a digital outlet.

Replying to a query, he said the company is not interested in the volume game but wants to project itself as a "modern premium brand".

He said the average cost of a Hyundai vehicle is now Rs 7 lakh and it has no plans to compete with low-priced cars.

"We have different strategy because we cannot fight this kind of volume. We have entry level Eon and it is priced at Rs 3 lakh.

"We cannot fight with cars with Rs 2.5 lakh price tag. It is not possible. We have strategy to protect our brand image. That is more important. Our average price is more than Rs 7 lakh. That shows that we are 'modern premium brand'," he added.

In the process, Hyundai will upgrade dealerships, showroom quality and its corporate image.

According to Koo, Hyundai's market share last year stood at 17.3%. The company has plans to launch two new vehicles every year.

Biggest investment ever! Hyundai, Kia invest over Rs 2,000 crore in Ola - From India-specific EVs to infra, all details here