Hyundai may launch Creta Facelift this week; Check out price, specs and feature and more

According to NDTV Auto report, the company will be launched on May 21 which is tomorrow. However another report of Autocar says, the launch will take place on May 22. 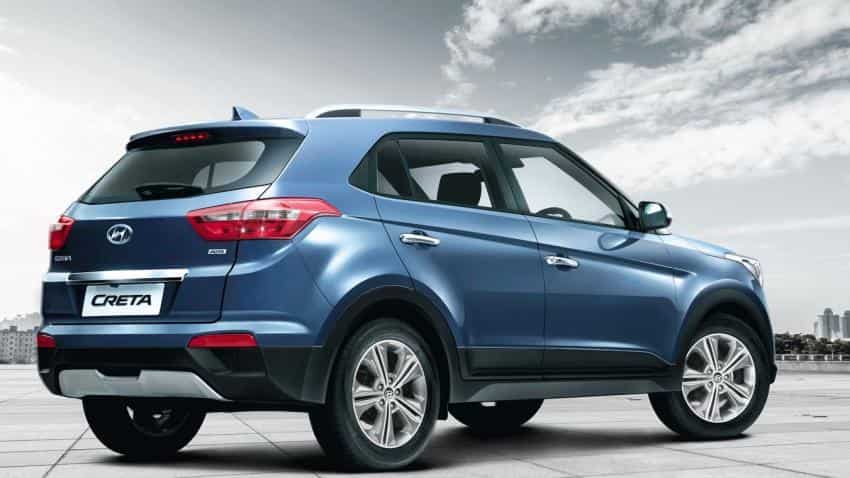 It was expected that South Korean automaker Hyundai will launch the Hyundai Creta facelift in the month of May 2018, and with the new reports circulated the launch can take place this week. Reports have mentioned that, Hyundai has started dispatching the first units of the 2018 Hyundai Creta facelift to its dealerships across the country. In the meantime, several dealerships have started accepting unofficial bookings for the car at a refundable amount ranging between Rs 11,000 to Rs 51,000.

According to NDTV Auto report, the company will be launched on May 21 which is tomorrow. However another report of Autocar says, the launch will take place on May 22.

Well when Hyundai launch the 2018 Creta Facelift will be keenly watched, however with above mentioned reports one can expect it to take place anytime this week.

Creta facelift would comprise of an updated ‘cascading’ grille, new projector headlamp design laced with chrome. The SUV will also have new dual-tone machine-cut 17-inch alloy wheels. Apart from small changes around the number plate, the rear part of the car remains more or less same. The SUV is also likely to get a new touchscreen infotainment system will be on offer with Apple CarPlay and Android Auto.

Revised air vents and exterior colour matching accents are also offered by Hyundai for this SUV. The 2018 Hyundai Creta facelift will have the same 1.6-litre petrol and diesel, along with the 1.4-litre petrol as well. A 6-speed manual and a 6-speed automatic transmission is also included.

The higher variants of the SUV are expected to get power adjustable driver seats, cruise control, smart key, optional wireless charging, and an electric sunroof.

Hyundai Creta facelift will continue its rivalry with other cars in the segment that include Maruti Suzuki S Cross, Renault Captur, and Renault Duster.

Also it is being known that, Hyundai is likely to launch a fully-loaded petrol SX (O) variant of the Creta in India.

Hyundai Creta has been on Indian roads since 2015, and is considered among best selling SUVs in the country, on the back of good features, comfortable ride and well powered engine.