Hyundai plans to build a compact, no-frills SUV at its planned factory in Changzhou starting in November 2017. 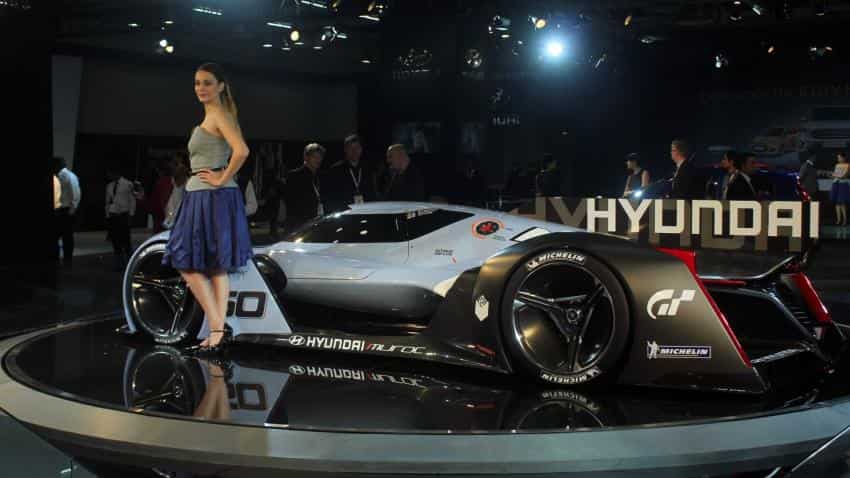 Making cheaper models, their first for China, marks a shift for the South Korean automakers, whose strategy of appealing to price-conscious Chinese buyers with older model versions has faltered as local brands surge.

Hyundai and Kia's China market share slid to a 7-year low of 8.9% last year from 10.4 % in 2014, according to company data, hit by the rise of Chinese rivals including Great Wall Motor. The drop in annual sales was the biggest among the top 10 automakers in China, data from IHS Automotive showed.

Latecomers to China when they began making cars there in 2002, Hyundai and Kia rank third behind Volkswagen  and General Motors.

But Chinese brands are gaining share by aping Hyundai's original formula: sleek, but affordable, smaller models. The battleground has shifted from sedans to SUVs, which are increasingly popular and affordable partly due to the slide in oil prices.

Hyundai plans to build a compact, no-frills SUV at its planned factory in Changzhou starting in November 2017, and a subcompact SUV at its new Chongqing factory in 2018, two of the sources told Reuters.

Kia will follow with its own subcompact, entry-level SUV in 2018, another two people said, with one adding that Kia also plans to produce its mid-sized SUV in China next year.

"After missing out on a segment where Chinese have a head start, Hyundai is rushing to build small SUVs," said one of the individuals, declining to be named as the plans are private.

Hyundai and Kia will also make more use of Chinese suppliers to source cheaper, lower-spec parts and bring down costs, another official with direct knowledge of Hyundai`s engineering told Reuters. The two automakers, which have a joint research and development centre in the Chinese city of Yantai, are also stepping up local engineering, he said.

Hyundai said it is taking steps to defend its position against Chinese rivals.

The group is "internally examining from various sides to develop differentiated SUVs that give customers a more practical value by continuing in our cost-cutting efforts," it said in an emailed response to

Reuters' queries, and plans to "realign its line-up to range from lower-priced models to high-end cars to respond to demands from diverse customer bases."

Hyundai also said it is "developing parts and specifications" that are best suited to local needs as part of its efforts to be price competitive.

"Crisis Mode"
In China, Hyundai and Kia have simultaneously sold two or three generations of the same model, a strategy that helped rapidly boost sales by targeting diverse customer groups.

Until late last year, Hyundai sold three generations of its Tucson SUV in China simultaneously. The oldest, based on the 2006 model year, is no longer available.

But the South Koreans, whose value-for-money image with sedans such as the Elantra positions them between other mass-market foreign brands at the higher end and Chinese brands at the lower end, were caught off-guard by the surge of cheaper Chinese SUVs.

"Whereas Chinese-brand car and SUV offerings were once looked upon with disdain or rejected outright, they're now increasingly accepted," said Michael Dunne, president of Hong Kong-based consultancy Dunne Automotive, citing "a clear sea-change" in buyer perceptions about Chinese brands.

The stakes are high for Hyundai as its two planned Chinese plants will boost its combined production capacity with Kia by nearly 30% to 2.7 million vehicles a year in 2018.

One Hyundai executive in China said his colleagues worry about being replaced because of sluggish sales. A mid-ranking sales official at Hyundai`s China operations described a "crisis mode". Neither wanted to be identified as they are not authorised to speak with the media.