Humara Bajaj! Chetak in new avatar set to run on streets all over again

In two-wheeler segment, sales of scooters have in recent years increased compared to motorcycles. 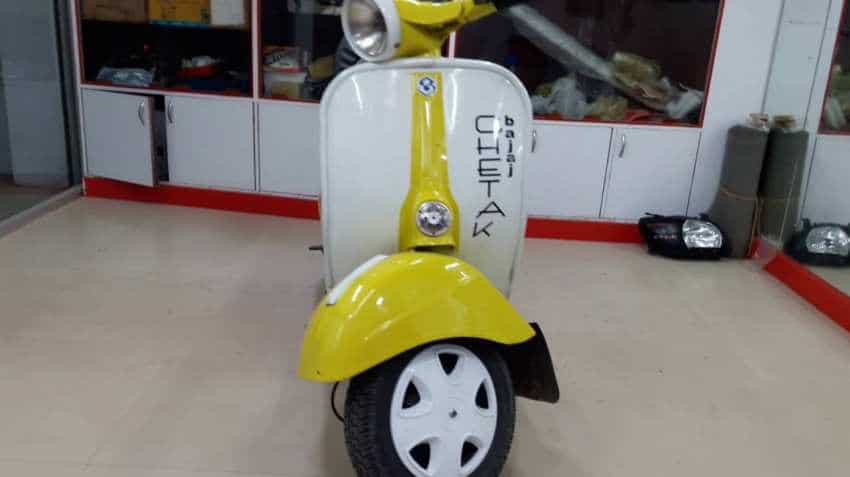 Bajaj is once again gearing up to make a comeback in this segment albeit with an electric scooter. Image source: Youtube
Written By: ZeeBiz WebTeam
Edited By: Harish Dugh
RELATED NEWS

You will again witness Bajaj Chetak scooter, which once ruled the Indian roads, running on the streets. According to reports, Bajaj Auto will soon launch this scooter in a new avatar. However, this time it is likely to be equipped with automatic gears. Bajaj Auto has recently got its scooter brand 'Chetak' re-registered, and since then the news of this household scooter's impending arrival is spreading fast. Notably, Chetak was seen in the advertisement with a tagline of Hamara Bajaj, but the new one may surprise us - in e-scooter avatar.

Looking at increasing demand of scooters, Bajaj is once again gearing up to make a comeback in this segment albeit with an electric scooter, reveals Bike Dekho. It will be launched in the market through Bajaj Urban, which is electric division of Bajaj Auto. Bajaj Urbanite scooter has been seen many a times undergoing test in the country. Recently, some pictures and videos were leaked online of its test drive. The company is set to launch the scooter in September 2019, but the date has not been revealed yet.

Not much information is available about this Bajaj electric scooter, but it is expected to be styled as per the old model, which will be reminiscent of scooters with retro look. The overall look of the scooter will be strong with wide front apron, curved side panels and large rear view mirror. However, to make a balance between retro and modern, the company may offer alloy wheels, front and rear disc brakes, LED headlamps and tail lights in the upcoming product

When Rahul Bajaj's son Rajiv Bajaj took over the reins of the company in 2006, the company shifted its focus only on motorcycles and discontinued the manufacturing of scooter completely. Rajiv Bajaj believed that the company should connect with the market focusing on the new generation, but his father Rahul Bajaj had advised not to stop the production of scooters.

In two-wheeler segment, sales of scooters have in recent years increased compared to motorcycles. This is the reason Bajaj Auto, which has completely exited from the scooter segment, has once again taken the popular scooter seriously and decided to resume production of Chetak.

Bajaj Chetak has been the last and the most popular scooter that came with gears in the handle. With the launch of scooters with automatic gearbox by companies like Honda, Hero and TV-S, its sale started to decrease and the company was compelled to stop its manufacturing.

After Bajaj Chetak, the company had launched its automatic scooter, Bajaj Crystal, but due to lack of demand, it failed to woo the buyers. Currently, the company has mainly focused on manufacturing bikes.