The sub-compact SUV, which was launched on Thursday in Delhi priced between Rs 7.75 lakh and Rs 9.99 lakh (ex-showroom). 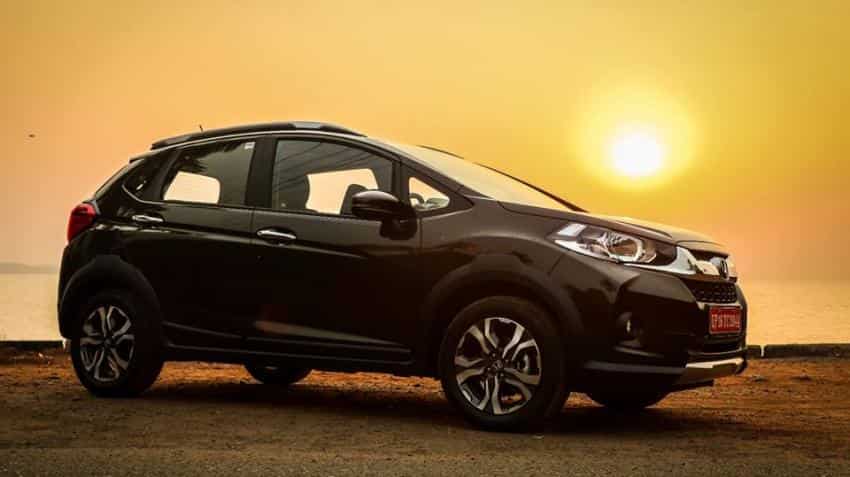 Honda Cars new SUV already seems to be in demand before its launch. The sub-compact SUV, which was launched on Thursday in Delhi priced between Rs 7.75 lakh and Rs 9.99 lakh (ex-showroom) and will be launched on Friday in Mumbai, has already received 1,000 bookings.

Honda Cars has managed to clock in 1,000 bookings in 3 weeks since it commenced pre-bookings, according to an NDTV report. Honda Cars India announced on March 2, 2017 that it will launch its latest model Honda WR-V on March 16, 2017, but has commenced its pre-booking of the sub-compact SUV.

Honda WR-V has been one of the most anticipated launches during the year and commenced the pre-bookings of the WR-V at all authorised Honda dealerships across the country with a booking amount of Rs 21,000. India is the first country for the WR-V to be launched, although it was first unveiled Brazil.

Ford EcoSport too has been one of the best selling cars for the company. Priced between Rs 7.11 lakh to Rs 10.19 lakh its sales had jumped by 72.9% in February to 4,561 units during the month. Over the past six months the cars on an average has sold around 4,000 units per month.

Mahindra KUV100 has however seen lesser sales than the other two cars. While it is priced much lower than the other two cars between Rs 4.58 lakh to Rs 7.22 lakh (ex-showroom Delhi) sales saw a 34.8% decline in February to 2,926 units. However, on a month on month basis sales rose by 8.6%. It sales in the last six months range between 2,500 units to nearly 3,000 units per month.

However, the pre-bookings of the car shows a lot of promise for Honda which has been looking to break into the SUV space for a while. Though Honda BR-V had limited success, the Honda CR-V has not seen much success.

Honda CR-V in comparison sold only 25 units in February and saw a decline 69.1% year on year (YoY) and 53.7% MoM decline in sales. A month earlier it sold 54 units and in December it sold 55 units. It's sales have been in double digits in the last couple of months.