The high-end two-wheelers are those above 500cc and  has   saw  an 82.6% rise in sales from August to September. 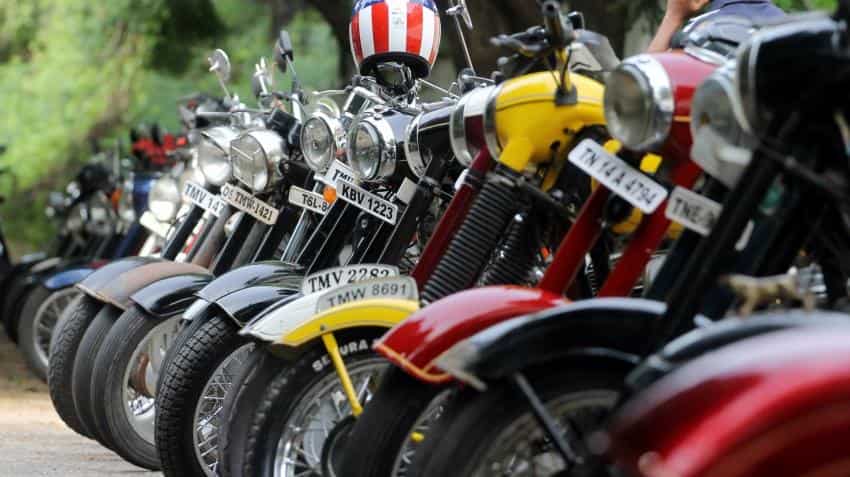 Motorcycles parked next two each other in Chennai. Photo: IANS

High-end two-wheelers are selling faster in the domestic market than their mass-made counterparts.

A recent report by Bank of America-Merrill Lynch said that the demand for scooters and premium motorcycles remains strong, while the demand for other segments remains muted, with 5-8% growth (year-on-year) YoY.

Two-wheelers above 500cc capacity are categorised as high-end. They have seen a 82.6% rise in sales growth from August to September. 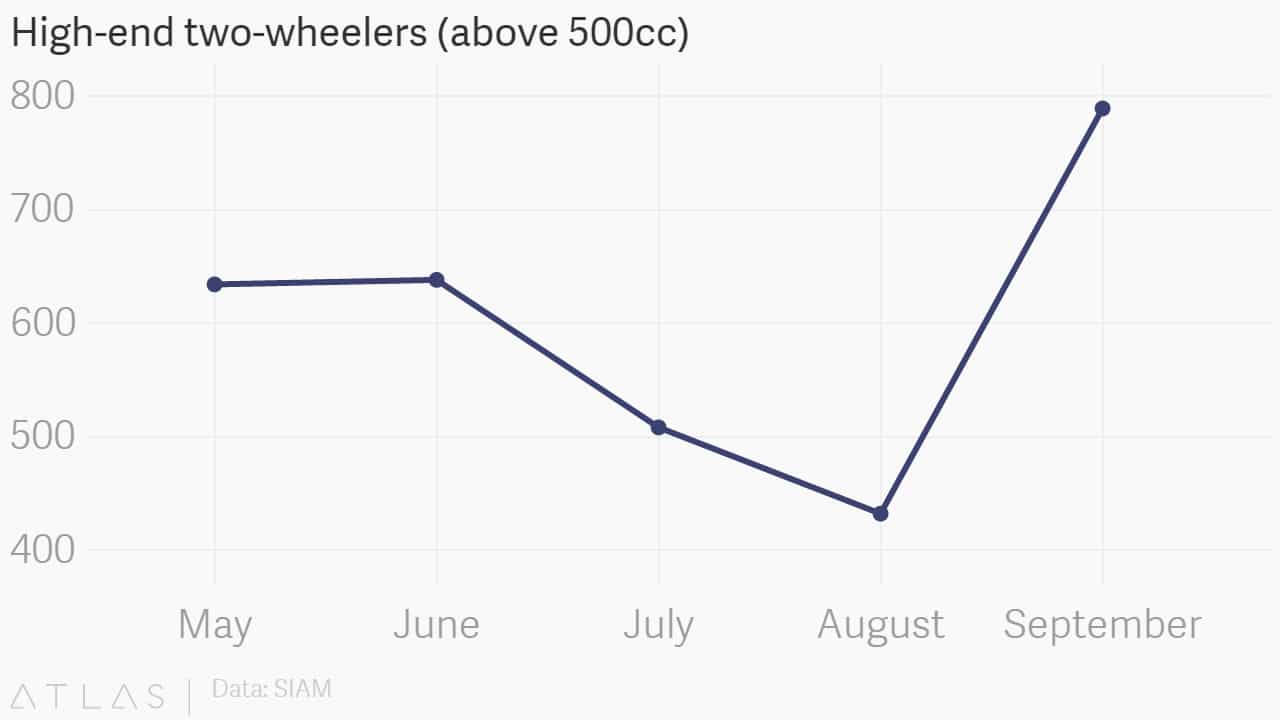 High-end two-wheeler manufacturers such as Harley Davidson, Triumph and Kawasaki, have seen a large growth in their sales during the festive period.

Harley-Davidson, for instance, saw a huge 126% rise in its sales in September from the previous month. Triumph, on the other hand, saw a 48% growth in its sales over the same period. Kawasaki witnessed a smaller growth of 6.3% in in the month.

While the sales of Harley-Davidson were slipping since March 2016, it saw a huge rise during the festive month of September 2016. Similarly, Triumph has been seeing a rise in its sales since August this year. Kawasaki too saw a 19.3% growth in August.

Suzuki which also manufacturers motorcycles over 500cc, saw a huge 154% rise in its sales in September compared to the previous month.

Hero MotoCorp, on the other hand, one of the largest mass two-wheeler manufacturer in India, saw only a 8.7% sequential rise in its sales in September while Honda saw a 15% sequential growth in September. Bajaj Auto's sequential sales grew 32% in the month.