Two-wheeler major Hero MotoCorp has announced that it is set to increase the prices of its motorcyles as well as scooters. 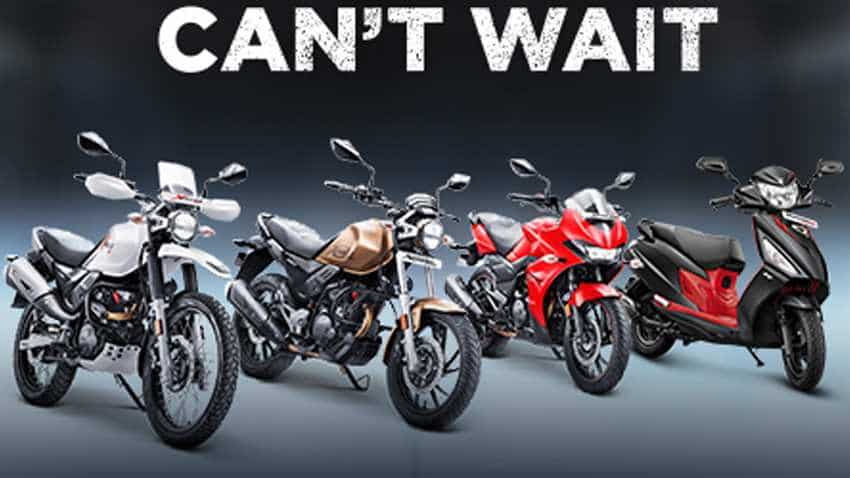 Two-wheeler major Hero MotoCorp has announced that it is set to increase the prices of its motorcyles as well as scooters. In a filing on Bombay Stock Exchange on Monday, the company said it will increase prices up to Rs 2,000 from January 1, 2020, depending on the model and specific market. Hero's decision comes days after India's biggest car manufacturer Maruti Suzuki had announced an increase in price of its products.

"Hero MotoCorp... will make an upward revision in the ex-showroom prices of its motorcycles and scooters, effective January 1, 2020," the company said in its filing. "The price increase across its range of two-wheelers will be up to Rs 2000, although the exact quantum of the increase will vary on the basis of the model and the specific market."

The company currently sells a range of motorcycles and scooters priced between Rs 39,900 to Rs 1.05 lakh. Hero MotoCorp's portfolio includes affordable motorcycles like Splendor, HF Deluxe, as well as premium offerings like Xtreme 200S and Karizma ZMR. The company also sells scooters like Maestro Edge 125, Pleasure, Destini 125 and others. Notably, the company has not specify reasons behind the hike.

Earlier this month, Maruti Suzuki had said that the cost of the company's vehicles has been impacted adversely due to increase in various input costs.

"Hence, it has become imperative for the Company to pass on some impact of the above additional cost to customers through a price increase across various models in January 2020. This price increase shall vary for different models," the company said in a regulatory filing. Other car manufacturers such as Toyota, Mahindra & Mahindra and Mercedes-Benz said they were also contemplating a similar move.

Hyundai Motor India and Honda Cars India, however, said they would not increase vehicle prices in January.