Strong sales in hatchbacks were the only one to save the automobile companies from posting huge dips in growth. 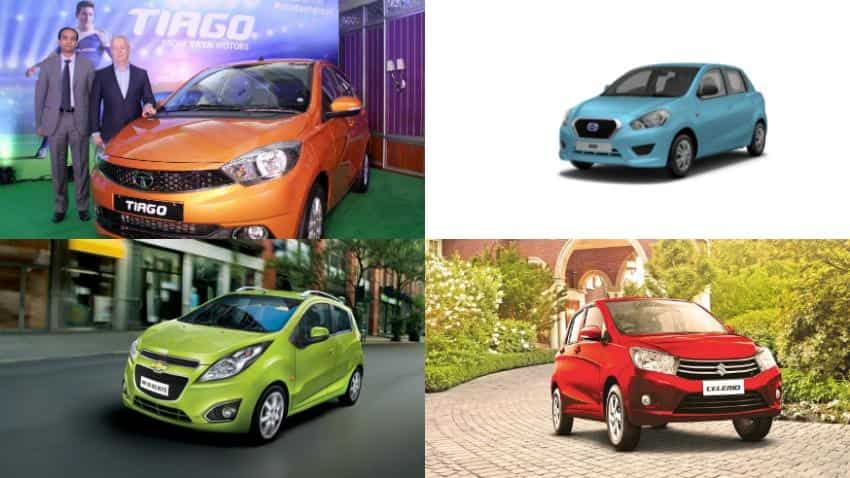 Some of the cars in this segment include Chevrolet Beat, Datsun Go, Tata Tiago and Maruti Suzuki Celerio.

While Maruti Suzuki posted only a 4% rise in sales during the month, Maruti Suzuki Celerio posted the highest growth in sales of 43.8% year on year and 75.7% sequential growth in sales. Celerio sales grew to 9,581 units in October, according data from Society of Indian Automobile Manufacturers (SIAM).

Another car from the Maruti Suzuki stable, WagonR, posted only a 2.3% growth in sales in October from the same month last year.

Tata Tiago saw a 34% sequential growth in sales as it grew to 6,108 units during the month from 4,557 units in September.

Chevrolet Beat too posted a 10.6% sequential growth as sales increased to 823 units in October from 744 units in September. However, it saw a minor 1.3% decline in growth year on year.