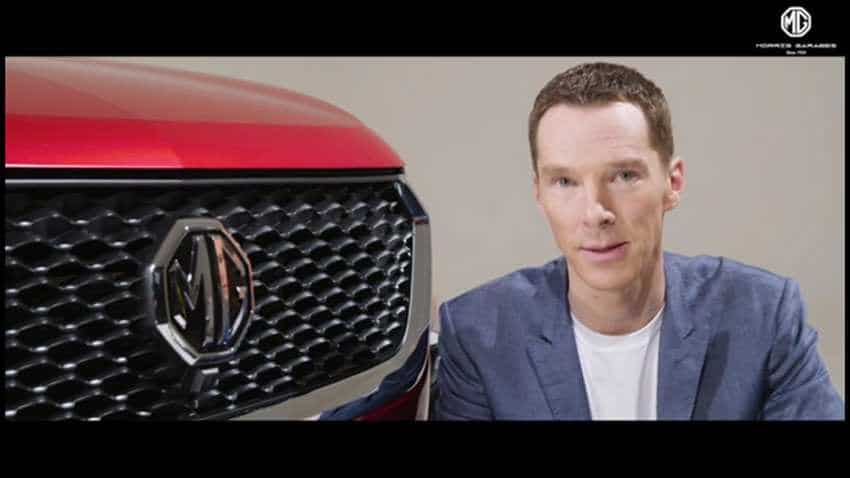 MG's SUV HECTOR is expected to be launched in India in the second quarter of this year.
Written By: Prashant Singh
RELATED NEWS

It seems carmaker Morris Garages (MG) Motor is leaving no stone unturned to make a mark on Indian roads. Ahead of the launch of its much-awaited SUV Hector, MG Motor India has announced has roped in British actor Benedict Cumberbatch as its brand ambassador. Benedict Cumberbatch, an acclaimed actor who is known for his roles in various popular TV shows and movies - Dr Strange, Sherlock Holmes to name a few - will be the face of MG Motor India.

Commenting on the association with MG brand, Benedict Cumberbatch said, "I have grown up seeing and reading about MGB’s and MG Midgets, recognising MG as a classic and iconic brand. I am delighted to be part of the launch of the new MG in India with the MG Hector, which may well be a classic of the future."

On roping in Benedict Cumberbatch, Rajeev Chaba, MD & CEO of MG Motor India, said, “As one of the most recognised and beloved cultural icons from the UK, Benedict has a lot in common with Morris Garages. He has, throughout his career, experimented with various types of roles across stage productions, TV shows and movies to push the bar ever higher, something which resonates with MG’s commitment to technological innovation. His social and philanthropic work, as well as his support for inclusivity beyond gender,  is also in sync with our core brand ideology of nurturing diversity. We are glad to have Benedict Cumberbatch as our brand ambassador to represent MG.”

MG Motor is all geared up to launch its first car in Indian market. MG Motor India manufacturing operations are being carried out at its plant in Halol, Gujarat.

MG's SUV HECTOR is expected to be launched in India in the second quarter of this year.