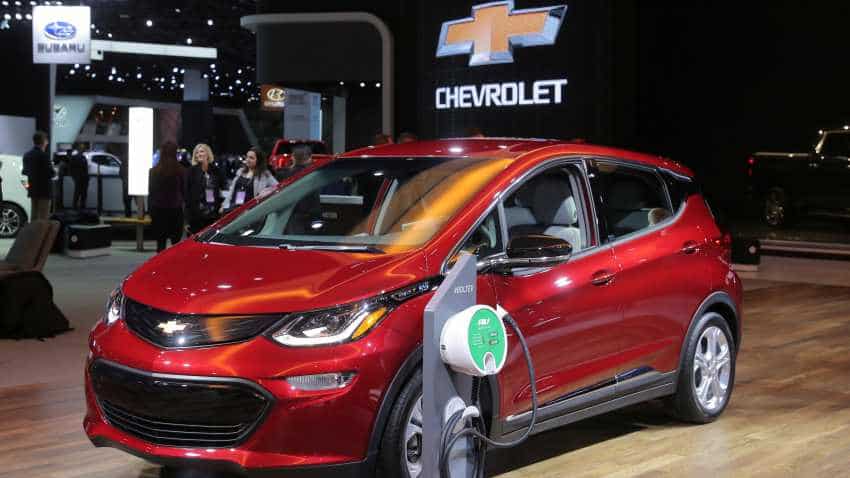 General Motors Co on Thursday said it has no plan to cut the sticker price on its electric Chevrolet Bolt sedan after a federal tax credit drops by half to $3,750 (£2,875.3) on Monday. Last year, GM became the second automaker in the United States to hit the 200,000 cumulative electric vehicles sales figure, which triggers a phaseout of the $7,500 federal tax credit over 15 months.

Asked why GM is not cutting the price to account for the lower tax credit, spokesman Jim Cain said "it is easier to react to the market by working with dealers and your marketing team than it is to change sticker prices."

Tesla aggressively urged buyers to take advantage of the full credit shortly before it expired. "Reminder to US buyers that the $7500 tax credit cuts in half in 5 days!" Chief Executive Elon Musk tweeted in December.

Last week, GM Chief Executive Mary Barra announced the company would invest $300 million in a suburban Detroit assembly plant, adding 400 jobs to build a new Chevrolet EV based on the Bolt platform. Barra said GM planned to boost EV marketing soon, but made no mention of the tax credit phaseout.

GM will offer new incentives next week for EVs as the current monthly incentives expire, the company said.

GM is currently offering an incentive on Bolt EVs of 14 percent of the suggested retail price, Cain said.

Cain said GM is "sensitive to affordability" of EVs for customers but declined to specify what future incentives GM will offer.

Both GM and Tesla have been lobbying Congress for more than a year to extend or expand the EV tax credit.

GM`s credit drops to $1,875 in October and will completely disappear by April 2020, while Tesla`s credit falls to $1,875 in July and expires at the end of the year.

GM has been exporting Bolt EVs to both South Korea and Canada, which has impacted U.S. sales.

GM sold 18,000 Bolts in the United States last year, down nearly 23 percent over 2017. The No. 1 U.S. automaker ended production of its plug-in electric Chevrolet Volt in February.