General Motors aims to ramp up component exports from India

The company, which has stopped selling cars in the Indian market, recently started exporting Beat Notchback to Costa Rica 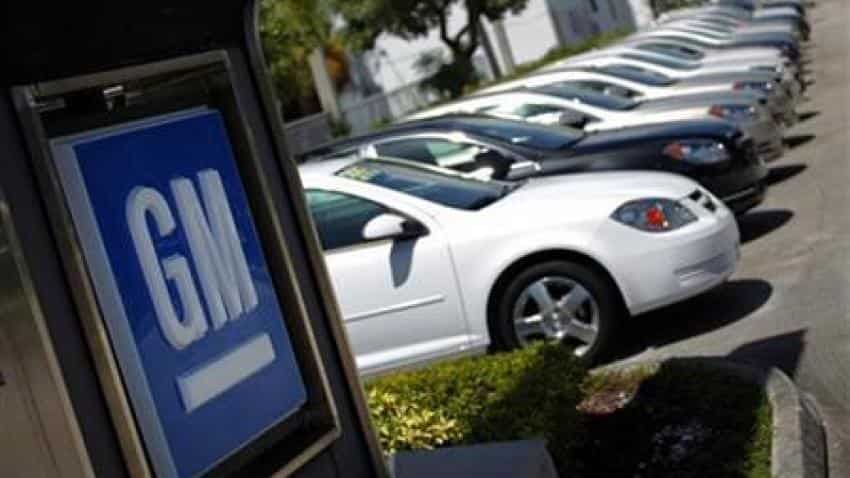 Last year various company dealers had protested on account of inadequate compensation packages being offered to them. Image source: Reuters
Written By: PTI

American auto major General Motors is looking to ramp up component exports from India even as it continues to add new global markets for vehicle shipments from the country, a company official said.

The company, which has stopped selling cars in the Indian market, recently started exporting Beat Notchback to Costa Rica.

"Apart from this addition, we also plan on expanding the component exports in 2018," a General Motors India spokesperson told PTI.

The company currently exports body panels and engines to Vietnam and Cambodia.

The official, however, declined to specify the markets that the company plans to target for components exports.

Elaborating on the vehicle exports from India, the spokesperson said that the company is focused on ensuring that it produces high-quality vehicles for export markets.

"Our exports have tripled over the past year and we are very pleased with the acceptance of our products in the export markets," the official said.

When asked about settlement of issues related to dealerships, the spokesperson said the company has been able to settle all dealer sales agreements as of December, 31,2017.

"GM India worked directly with its dealers to ensure a smooth transition to the Chevrolet Authorided Service Operation (ASO) network and in this process we have settled the closure of all dealer sales agreements by December 31, 2017," the spokesperson said.

Last year various company dealers had protested on account of inadequate compensation packages being offered to them.

On availability of service and spare parts for its vehicles in India, the official said the company has a network of 175 ASOs in operation across key locations in the country.

"We continue to operate every function that supports all the aspects of operations of our ASO network; these include the technical assistance centre, field engineers, training organisations and the field team," the spokesperson said.

The company is also maintaining a dedicated customer assistance centre to support its customers, the spokesperson added.

"In addition, we continue to operate parts procurement, warehousing and distribution to ensure smooth parts supply for Chevrolet vehicles in India," the official said.

Based on current planning the automaker is taking all measures to ensure availability of spare parts, generally in the market for at least 10 years, the official added.

Last year in May, General Motors announced stopping selling its vehicles in India. It now exports vehicles manufactured at its Talegoaon plant in Maharashtra.