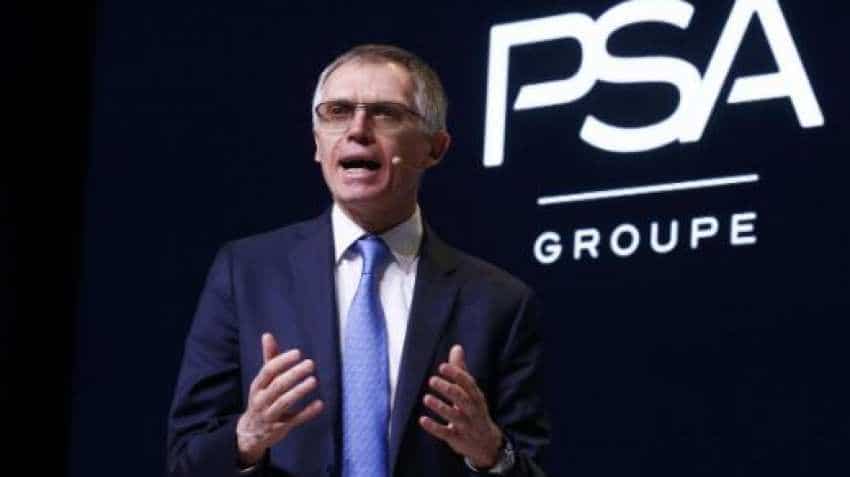 According to Delay, India is a local and also a global opportunity for Groupe PSA. Reuters
Written By: IANS
RELATED NEWS

"We are not chasing market share," said the Chairman of the Managing Board Carlos Tavares.

According to Delay, the group has the advantage of studying why the competition did not do well and fine-tune its own strategy as per the findings.

He said the competitors had put in huge investments upfront to roll out unrealistic volumes.

"Powertrain in a vehicle is difficult to localise. But in the case of Groupe PSA, the first product that was made was the powertrain for the local and export market," Delay said.

The French group has tied up with India`s C.K.Birla group to make gear boxes and vehicles in India. Located in Hosur, the gearbox plant was inaugurated in November 2018.

Officials said the localisation levels in the vehicles will be as much as 98 per cent.

The Groupe PSA also showcased a model of its Citroen C5 Aircross.

When pointed out none of the European car brands are doing very well in India as compared to the Asian brands, Jackson said the Indian market was well researched before deciding on the model.

According to her, the model to be launched is a global brand and the company will follow a disruptive approach to the market.

She said the group will launch a new model every year starting 2021, after the launch of SUV in 2020, and the brand will be positioned in the heart of the market and is not a premium product.

According to Delay, India is a local and also a global opportunity for Groupe PSA.

In addition to export of India-made vehicles soon after the models are launched in India, the French group will also start sourcing automobile components locally for its global needs.

"We will look at India as an engineering hub. We are setting up a purchasing team for global needs," said Tavares.

"We are a long term player. Many other markets are not doing well now and are shaky."

When asked about the group`s plans for the Ambassador brand, Jackson said they are reflecting on how to use the iconic brand.

She said the Ambassador brand should be used with respect as PSA is inspired by the emotional connection the brand has in India.